From Fairfield the 2018 apparition of C/2016 M1 (PANSTARRS) will progress as follows:

At the moment of perihelion it will not be observable because it will lie so far south that it never rises above the horizon. 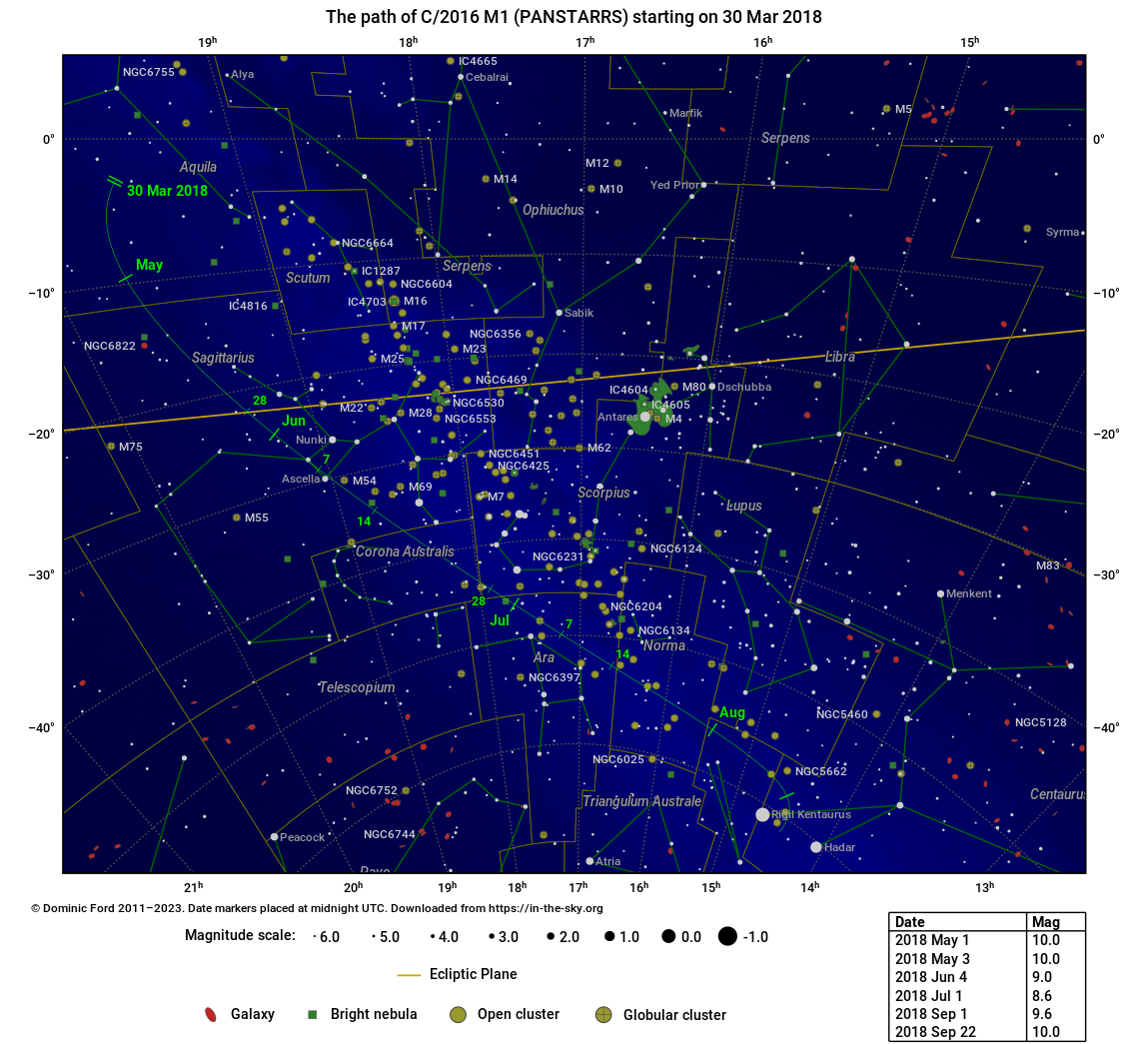 No estimate for the brightness of comet C/2016 M1 (PANSTARRS) is currently available.

This event was automatically generated on the basis of orbital elements published by the Minor Planet Center (MPC) , and is updated whenever new elements become available. It was last updated on 05 Mar 2021.