Asteroid 89 Julia will be well placed, lying in the constellation Sagittarius, well above the horizon for much of the night.

From Seattle however, it will not be readily observable since it will lie so far south that it will never rise more than 12° above the horizon.

On this occasion, 89 Julia will pass within 1.26 AU of us, reaching a peak brightness of magnitude 9.4. Nonetheless, even at its brightest, 89 Julia is a faint object beyond the reach of the naked eye; binoculars or a telescope of moderate aperture are needed. 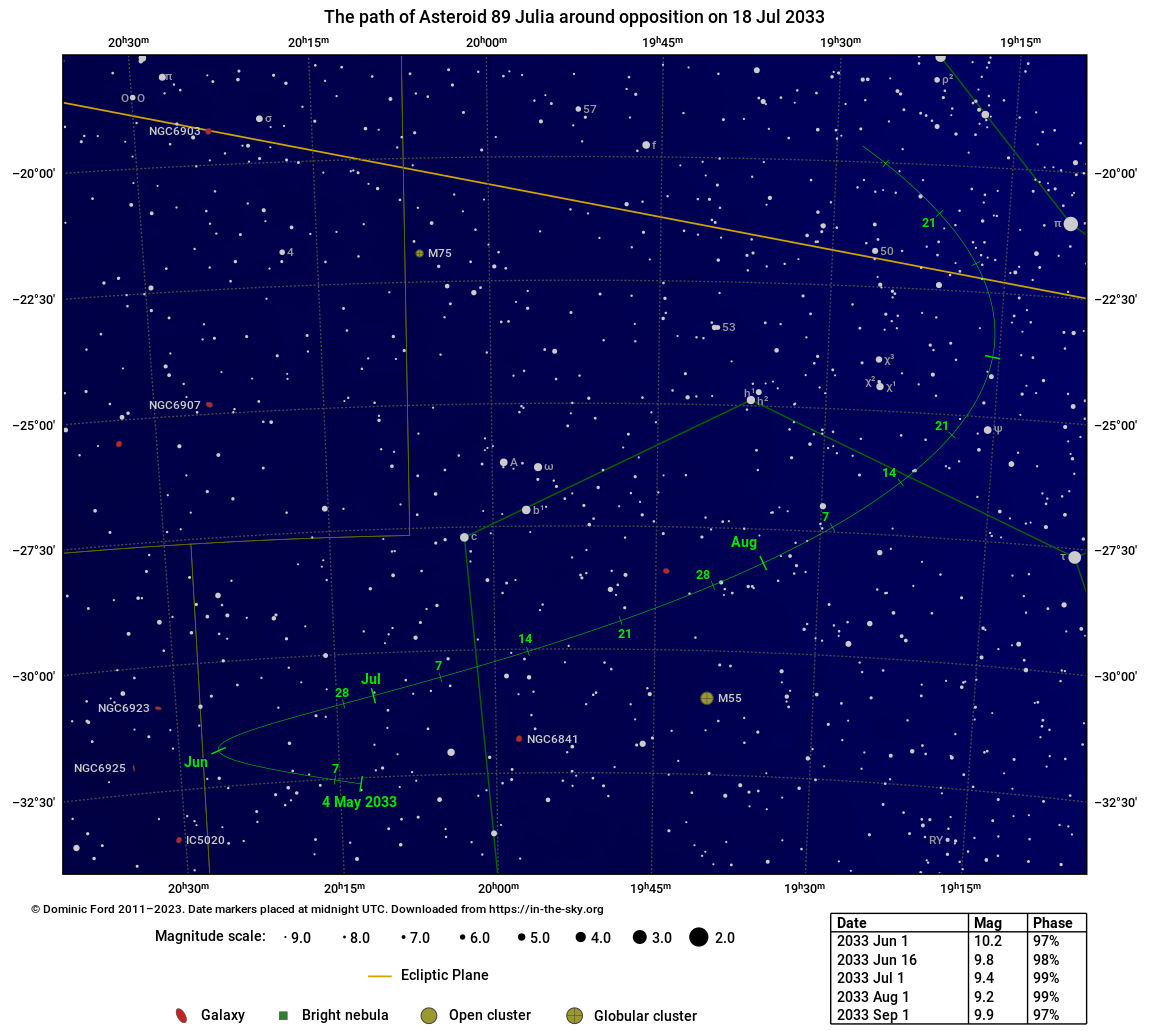