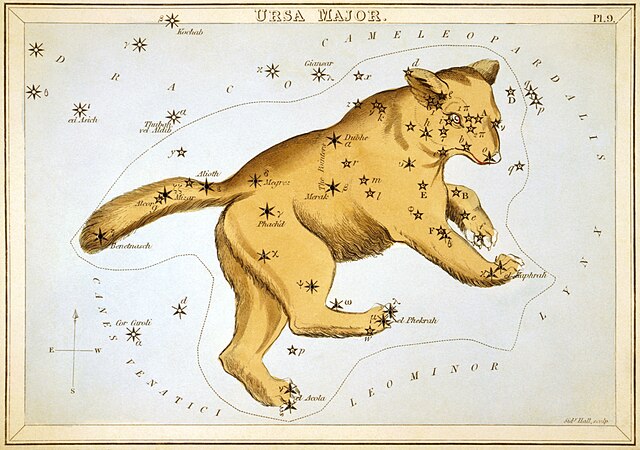 The constellation of Ursa Major – the Big Dipper – as depicted in Urania's Mirror (1825).

Modern star charts usually depict the constellations using stick figures, which join the brightest stars in each constellation to form a shape which resembles the mythological object associated with that constellation.

This has not always been the case, however. In fact, it is a modern trend. Before the twentieth century, the constellations were usually depicted on star charts by means of mythological creatures and objects drawn behind the stars. For example, the image to the right shows how Ursa Major, the Great Bear, was depicted in Urania's Mirror, a set of constellation cards published in London around 1825.

In the most expensive star charts, these illustrations could be highly elaborate, though they did not always bear much relation to the stars associated with them. Whole-sky charts were produced with highly colorful artwork, such as the celestial map below, made by the Dutch cartographer Frederik de Wit in 1670. 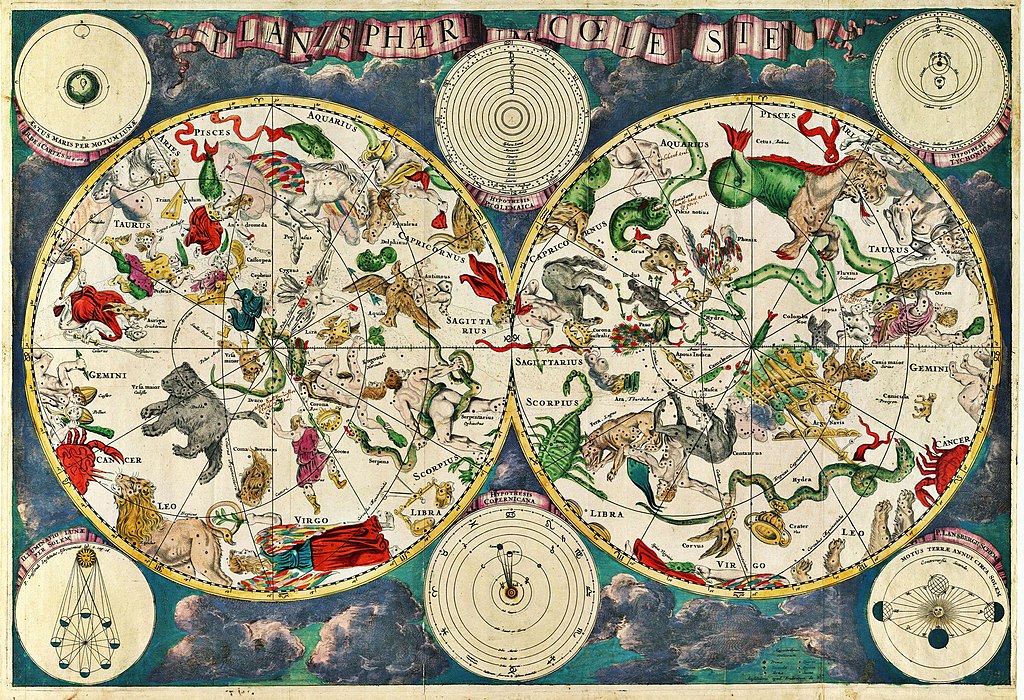 The trend for the use of stick figures began in the 1950s, when the German-American children's writer and illustrator H.A. Rey wrote the book The Stars: A New Way to See Them (1952).

Rey was also anxious to make his stick figures as life-like as possible, and so they are very much more elaborate than those shown in most modern planetarium software packages.

As an example, the charts below show Rey's stick figure for the constellation of Ursa Major alongside a simplified stick figure which is more typically seen in planetarium software.

Rey's depiction of the Great Bear has a long neck on the left-hand side, and its hind paw is also clearly depicted, while the simplified stick figure concentrates on connecting bright stars, rather than forming a bear-like shape. 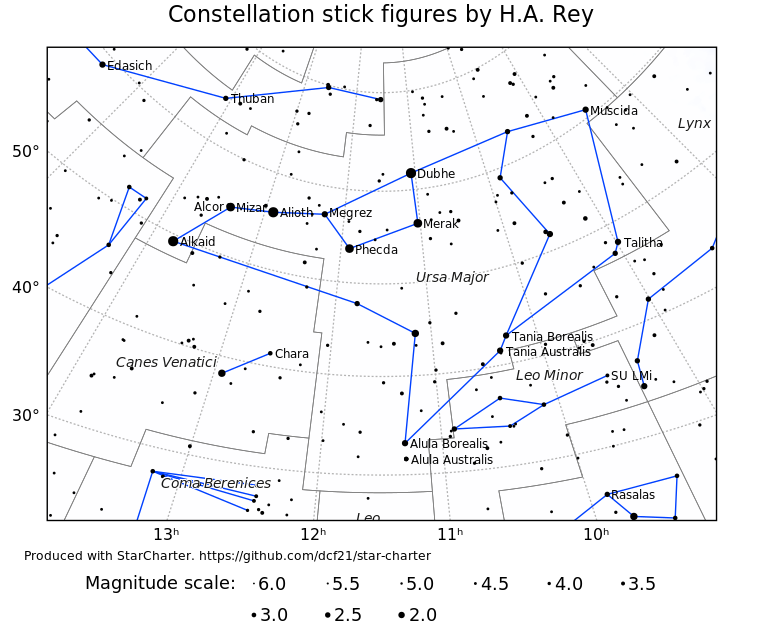 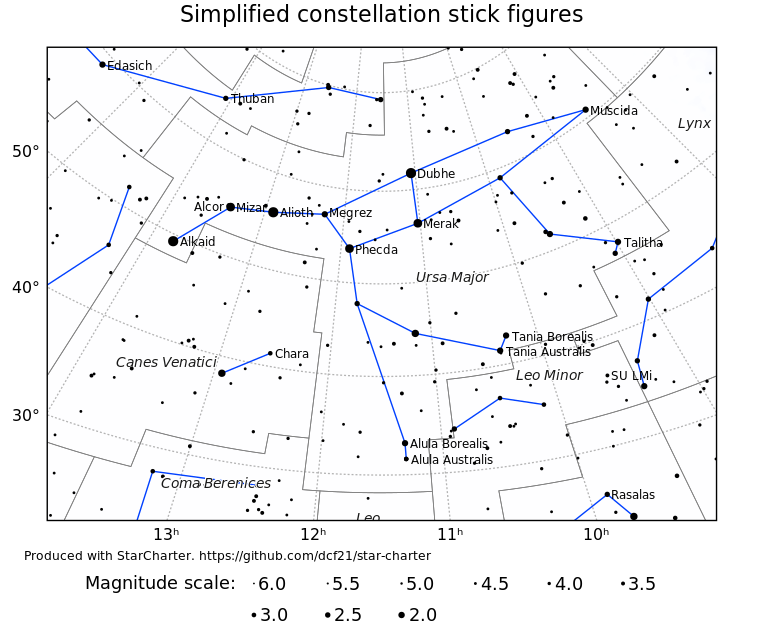 The In-The-Sky.org planetarium offers a choice of showing either simplified stick figures, or historically authentic figures which closely match those shown in H.A. Rey's 1952 book. For those who wish to experiment further, I have published data files listing the coordinates and catalogue numbers of the stars connected by each set of stick figures in a GitHub repository.

Additionally, the vector-graphics star-chart-plotting package which I developed to produce the downloadable star charts on this website also offers options to draw either H.A. Rey's original stick figures, or simplified figures. It has its own GitHub repository here.