The Milky Way is the galaxy in which the Sun lies. It is estimated to contain around 200 billion stars, in a flat disk-like structure.

The Sun lies about two-thirds of the way out from the centre of the disk, at a distance of around 8 kiloparsec. The chart below shows an approximate cross-section through the galaxy, with the position of the Sun marked. The grey region marks the disk of the galaxy, where most of the stars and open star clusters lie. The dots show the approximate distribution of larger globular star clusters, which form a spherical halo around the center of the galaxy. 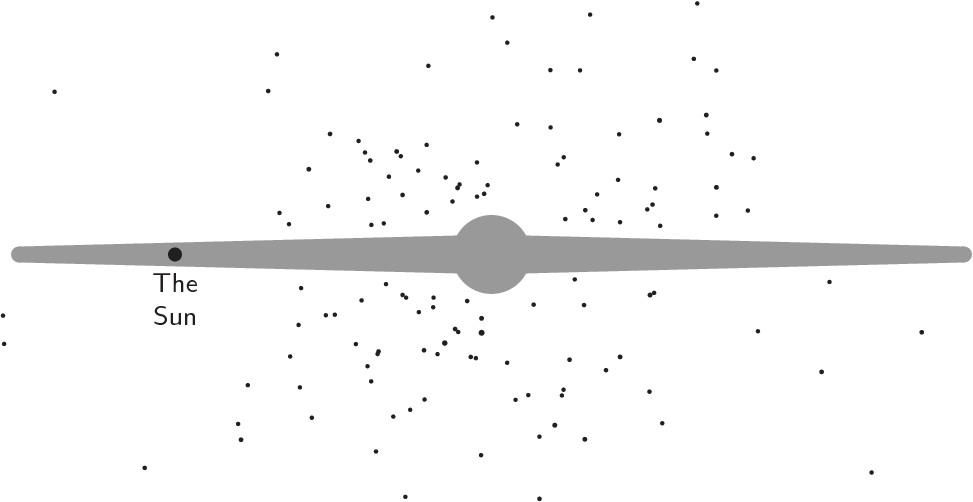 The distribution of deep sky objects

Because we lie within the disk of the galaxy, it appears as a band of light which encircles the entire sky.

The chart below shows the distribution of various kinds of deep sky object across the night sky. The blue dots represent open star clusters, which are heavily concentrated in the plane of the galaxy. The green dots represent globular star clusters, which are seen all around the sky, but concentrate particularly around the constellation Sagittarius, at a right ascension of around 18 hours. This is the direction in which the center of the galaxy lies. 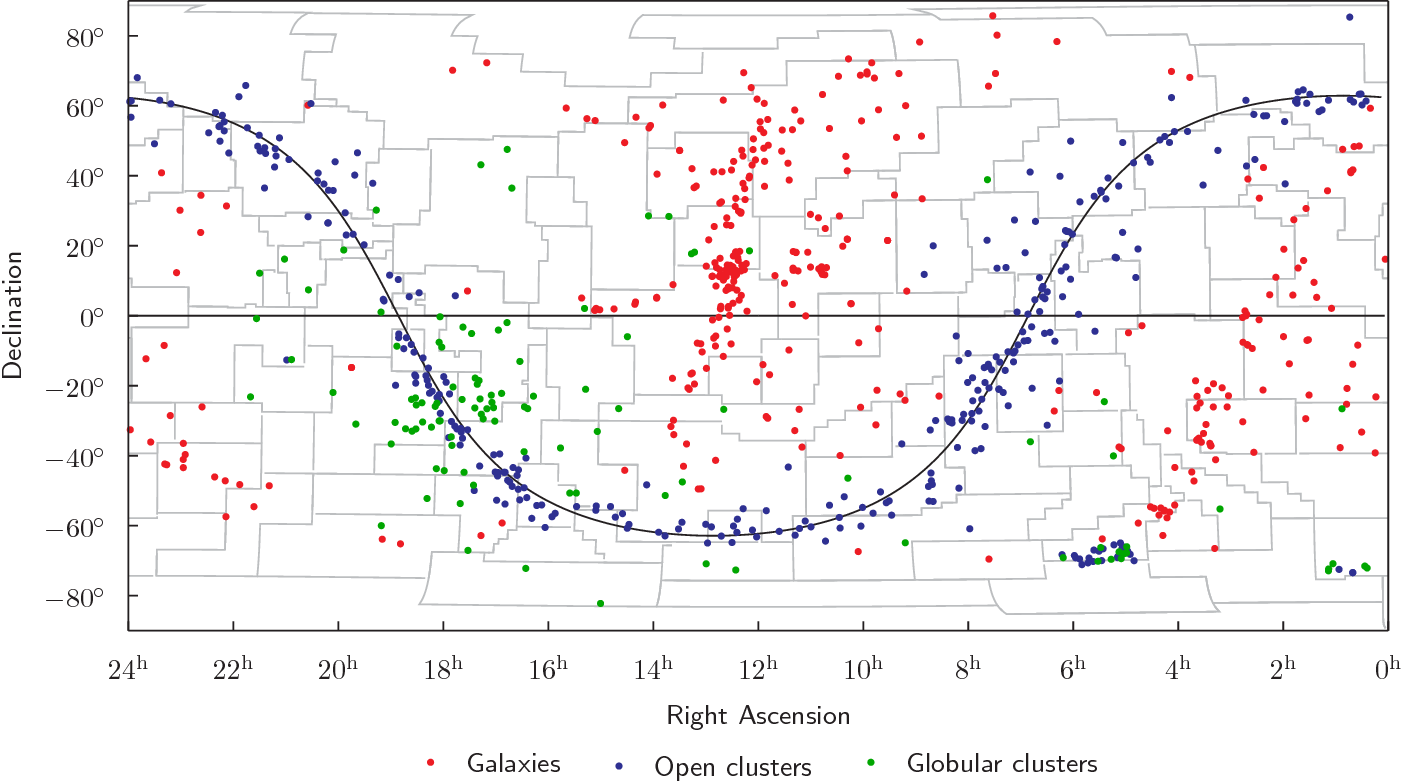 An approximate model of the Milky Way's spiral arms

The chart below shows an approximate map of the Milky Way's spiral arms. 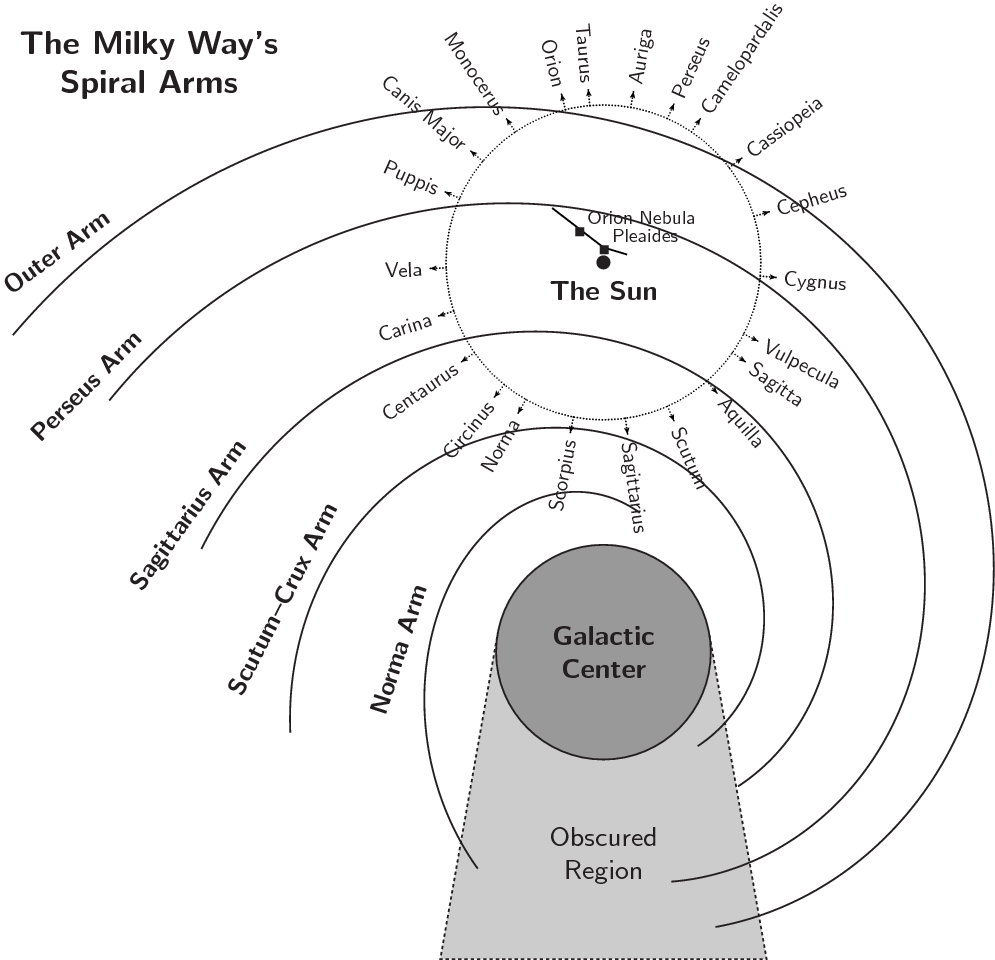 An approximate map of the Milky Way's spiral arms. A circle around the Sun shows the constellations which lie within the plane of the galaxy.