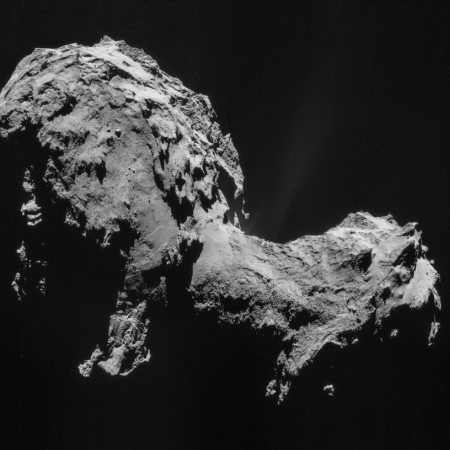 Click and drag the chart above to pan around the sky, or use the mouse wheel to zoom. Click to enlarge.
Finder-chart for 67P/Churyumov-Gerasimenko »

From Fairfield , 67P/Churyumov-Gerasimenko is not observable – it will reach its highest point in the sky during daytime and is no higher than 15° above the horizon at dusk.

Begin typing the name of a town near to you, and then select the town from the list of options which appear below.
Current position
Orbital elements [1]
Derived quantities
Sources
Visibility from Fairfield

The position of this comet was calculated from orbital elements published by the Minor Planet Center (MPC).

We estimate the brightnesses of comets from magnitude parameters published by the BAA Comet Section, where these are available. These are computed from the observations they receive from amateur astronomers.