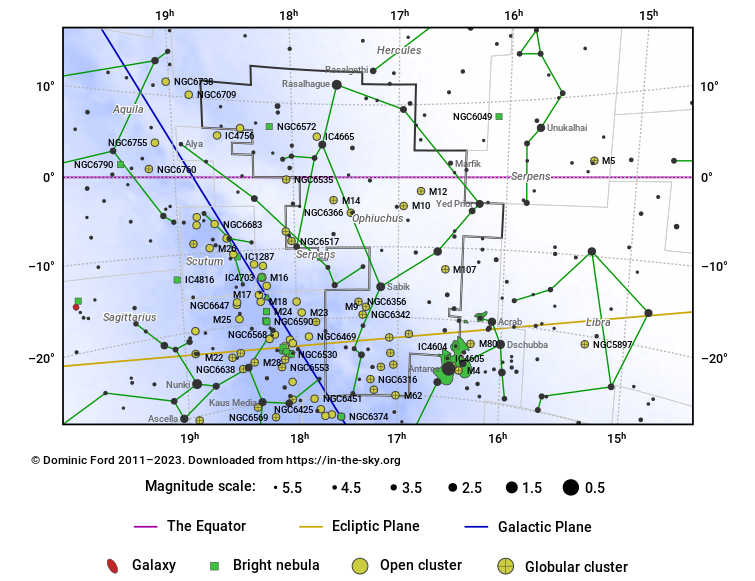 Ophiuchus is a large equatorial constellation which appears highest in the midnight sky in the months around June.

It lies just north of the Milky Way and encompasses a particularly rich part of the galaxy. Our sight line towards the center of the galaxy lies not far away, in the neighboring constellation of Sagittarius.

This means that Ophiuchus is exceptionally rich in globular clusters, which mostly lie in spherical swarm around the galaxy's center. Ophiuchus alone contains no fewer than 16 that are brighter than tenth magnitude, second only to Sagittarius which contains 18 clusters of the same brightness.

On sky charts, Ophiuchus is depicted as a man holding a serpent, often identified as Asclepius, the god of medicine. The figure's brightest star is named Rasalhague, Arabic for ‘the head of the serpent collector’. 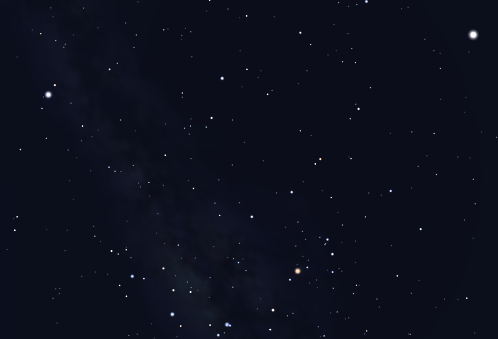 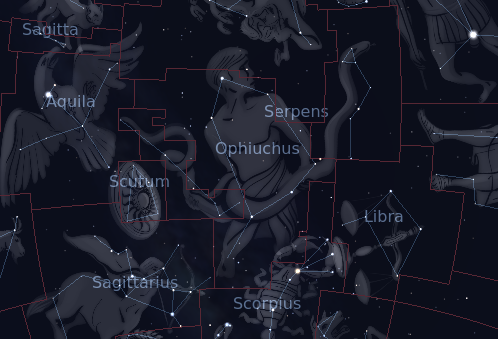 The constellation Ophiuchus as it appears to the unaided eye. Roll mouse over to see labels.
Source: Stellarium.