Asteroid 3 Juno will be well placed, lying in the constellation Aquarius, well above the horizon for much of the night.

Regardless of your location on the Earth, 3 Juno will reach its highest point in the sky around midnight local time.

At around the same time that 3 Juno passes opposition, it also makes its closest approach to the Earth – termed its perigee – making it appear at its brightest in the night sky. This happens because when 3 Juno lies opposite to the Sun in the night sky, the solar system is lined up so that 3 Juno, the Earth and the Sun lie in a straight line with the Earth in the middle, on the same side of the Sun as 3 Juno.

On this occasion, 3 Juno will pass within 1.313 AU of us, reaching a peak brightness of magnitude 7.8. Nonetheless, even at its brightest, 3 Juno is a faint object beyond the reach of the naked eye; binoculars or a telescope of moderate aperture are needed.

The chart below indicates the path of 3 Juno across the sky around the time of opposition. 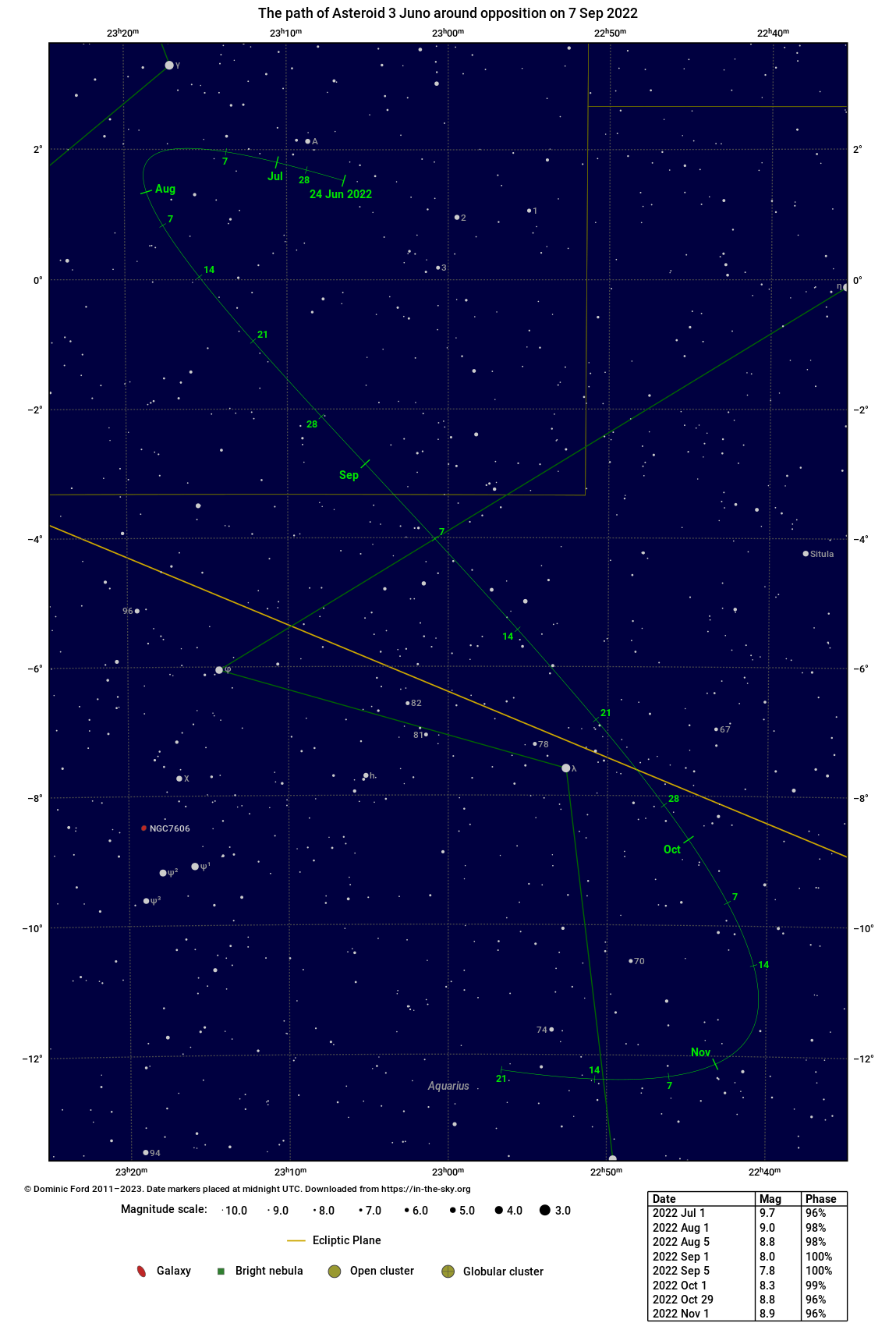 The position of 3 Juno at the moment of opposition will be as follows: