Asteroid 2 Pallas will be well placed, lying in the constellation Canis Major, well above the horizon for much of the night.

On this occasion, 2 Pallas will pass within 1.416 AU of us, reaching a peak brightness of magnitude 7.6. Nonetheless, even at its brightest, 2 Pallas is a faint object beyond the reach of the naked eye; binoculars or a telescope of moderate aperture are needed. 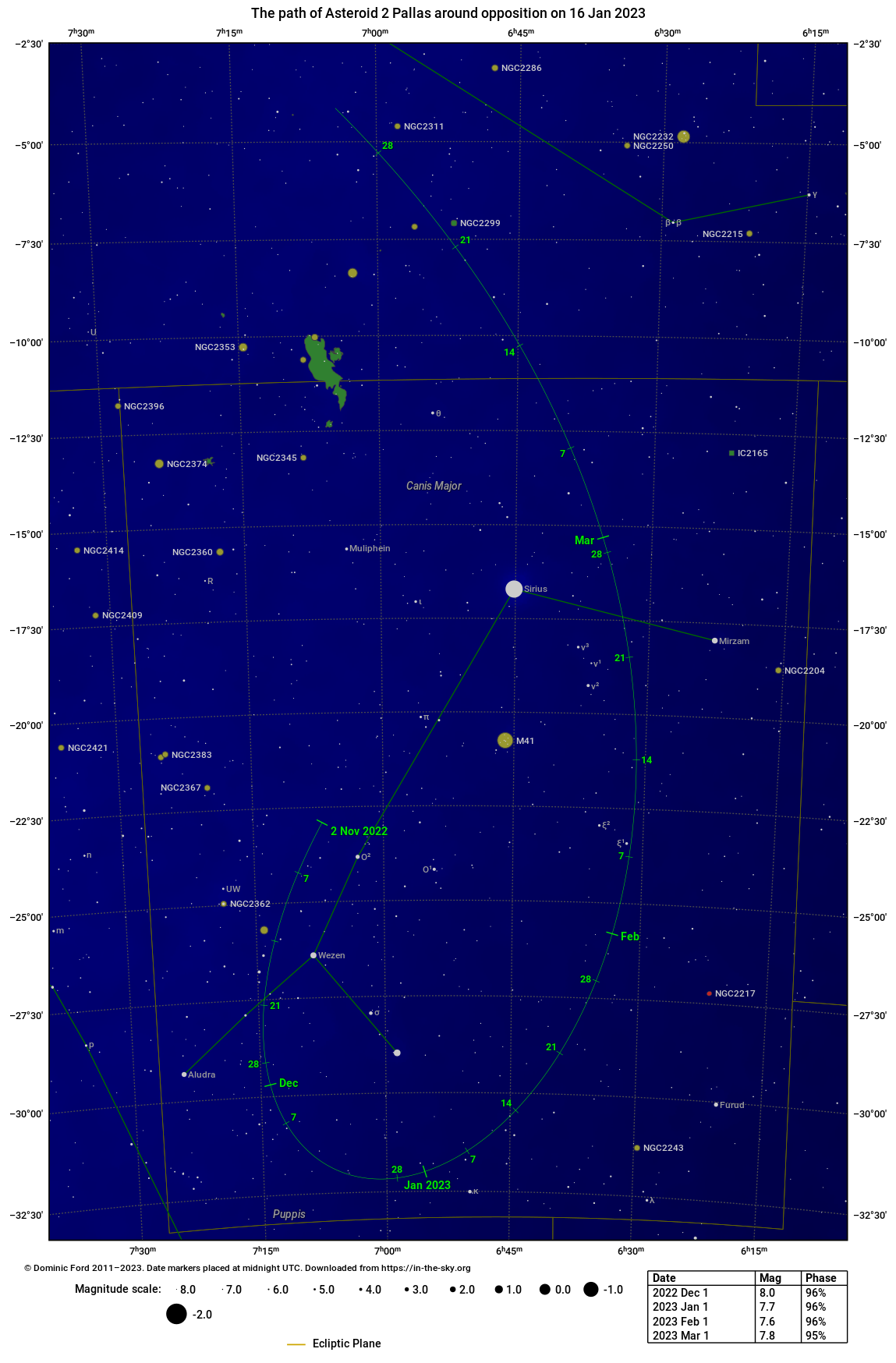