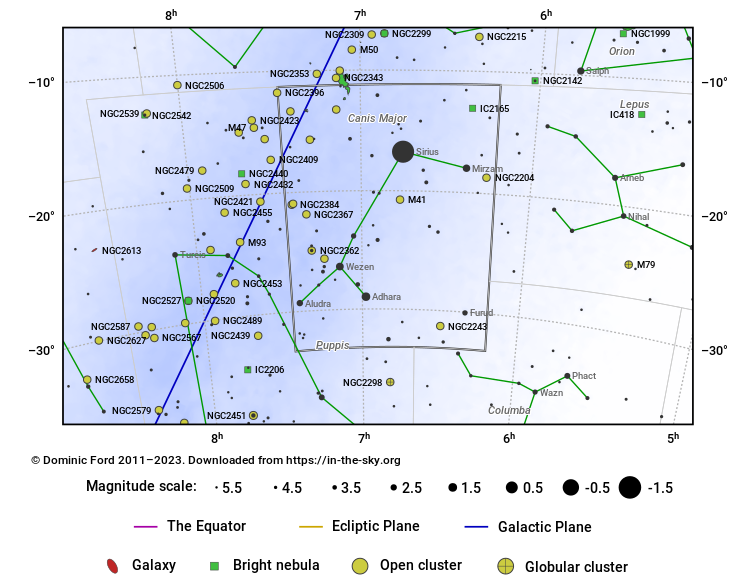 Canis Major is best known for the star Sirius, the brightest in the whole sky.

This, together with several other bright stars, make it a prominent resident in the southern January sky.

The Milky Way also runs through the area, and so it is littered with deep sky offerings, including the open cluster M41.

Canis Major is commonly represented as the larger of two dogs which run at the heels of Orion, and because of this, Sirius is sometimes called 'the dog star'.

It is among the constellations listed by Ptolemy in the second century, and is almost certainly Babylonian in origin. 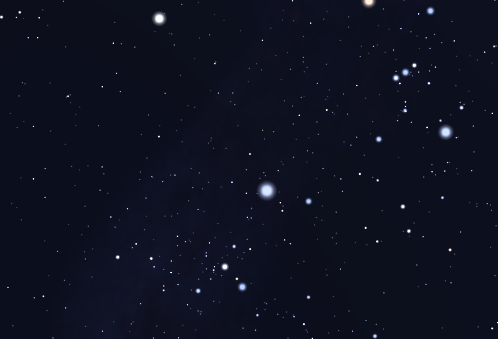 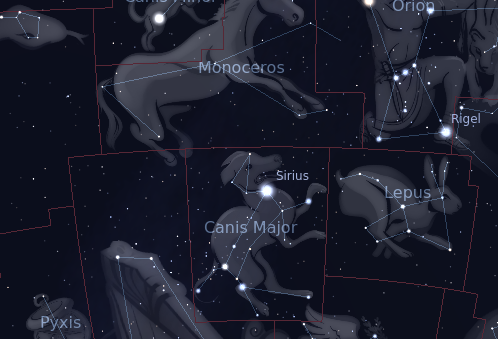 The constellation Canis Major as it appears to the unaided eye. Roll mouse over to see labels.
Source: Stellarium.