Comet 2I/Borisov will make its closest approach to the Sun, at a distance of 2.00 AU.

From Fairfield the 2019–2020 apparition of 2I/Borisov will progress as follows:

At the moment of perihelion it will be visible in the dawn sky, rising at 01:22 (EDT) and reaching an altitude of 30° above the southern horizon before fading from view as dawn breaks around 05:52. 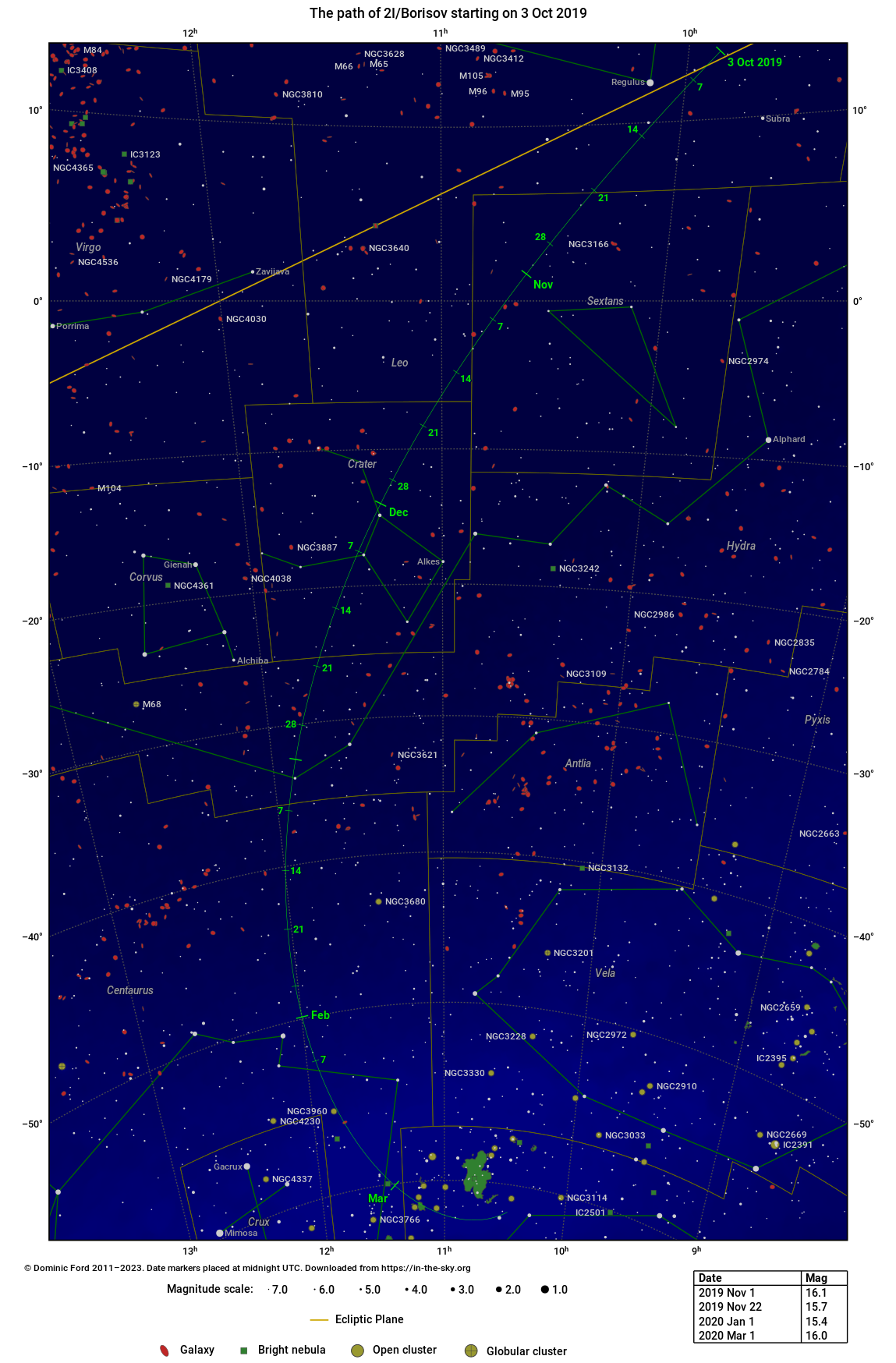 Based on the magnitude parameters published for this comet by the BAA Comet Section, we estimate that it may be around mag 16 at perihelion. This estimate is based on observations that the BAA has received from amateur astronomers, assuming that its current level of activity will remain constant.

You will require a telescope to see this comet.