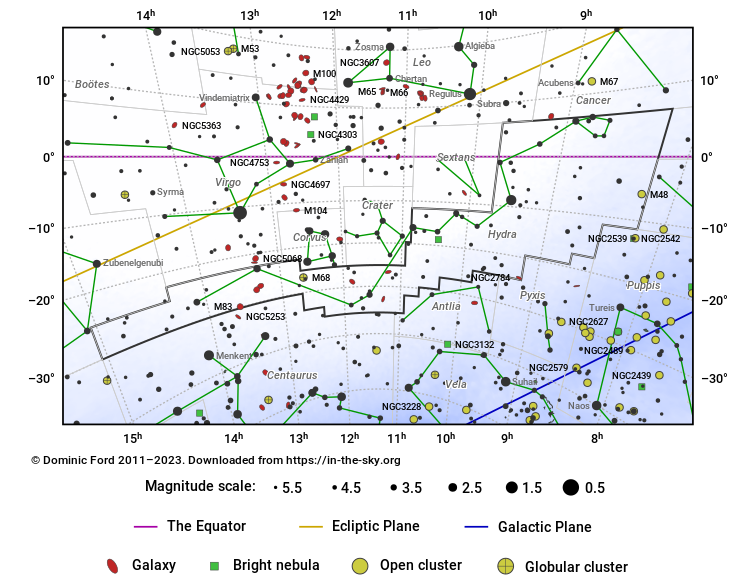 Hydra is the largest of all the constellations, visible in a equatorial and southern evening sky in the months around January and February.

Named after a water snake, Hydra is a long thin constellation, whose head lies slightly north of the celestial equator, but whose tail dips below a declination of 30°S. The angular distance between the head and tail of the snake is 85°.

Despite its large size, Hydra is a faint constellation with only one star brighter than third magnitude. The snake traces a path roughly parallel to the plane of the Milky Way and roughly 20° to its north. It is home to a few bright deep sky objects, including the open cluster M48, the galaxy M83 and the globular cluster M68.

In Greek mythology, Hydra is often identified as the Lernaean Hydra, a multi-headed creature slain by Hercules. According to various authors, the monster had six, nine, or even fifty heads, and perhaps even grew back a pair of heads for each one severed by Hercules. In the sky, however, it is depicted with only one head.

According to another myth, Hydra is the water snake in the tale of the crow and the cup, Corvus and Crater. 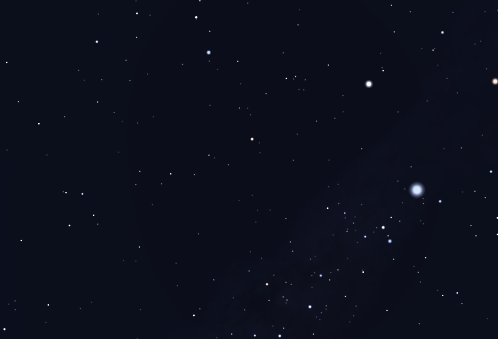 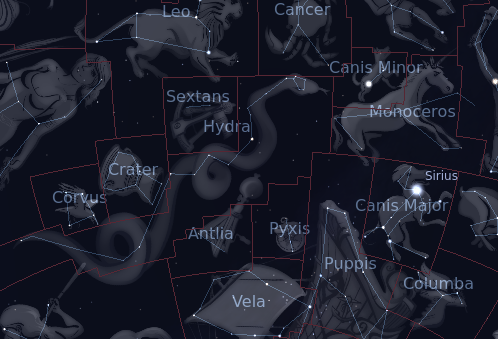 The constellation Hydra as it appears to the unaided eye. Roll mouse over to see labels.
Source: Stellarium.