Asteroid 1036 Ganymed will be well placed, lying in the constellation Pegasus, well above the horizon for much of the night.

Regardless of your location on the Earth, 1036 Ganymed will reach its highest point in the sky around midnight local time.

From San Diego, it will be visible in the evening sky, becoming accessible around 19:00 (PDT), 49° above your eastern horizon, as dusk fades to darkness. It will then reach its highest point in the sky at 21:43, 73° above your southern horizon. It will continue to be observable until around 02:39, when it sinks below 21° above your western horizon.

On this occasion, 1036 Ganymed will pass within 0.404 AU of us, reaching a peak brightness of magnitude 9.2. Nonetheless, even at its brightest, 1036 Ganymed is a faint object beyond the reach of the naked eye; binoculars or a telescope of moderate aperture are needed.

The chart below indicates the path of 1036 Ganymed across the sky around the time of opposition. 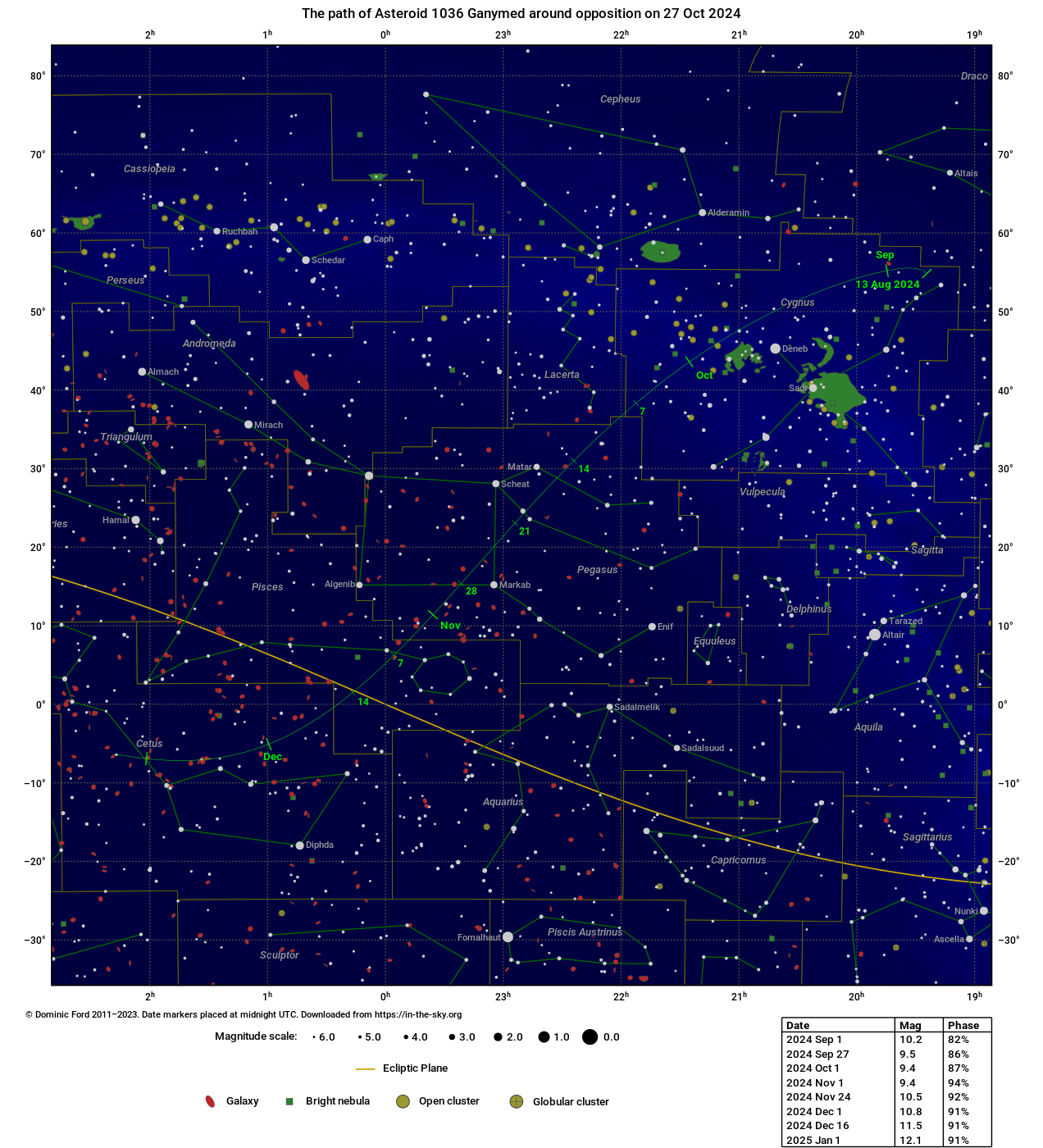 The position of 1036 Ganymed at the moment of opposition will be as follows: