From Ashburn, it will be very well placed – it will be close enough to the north celestial pole that it will be high above the horizon all night.

The chart below shows the path of C/2017 T2 (PANSTARRS) over the course of its apparition, as calculated from the orbital elements published by the Minor Planet Center (MPC). 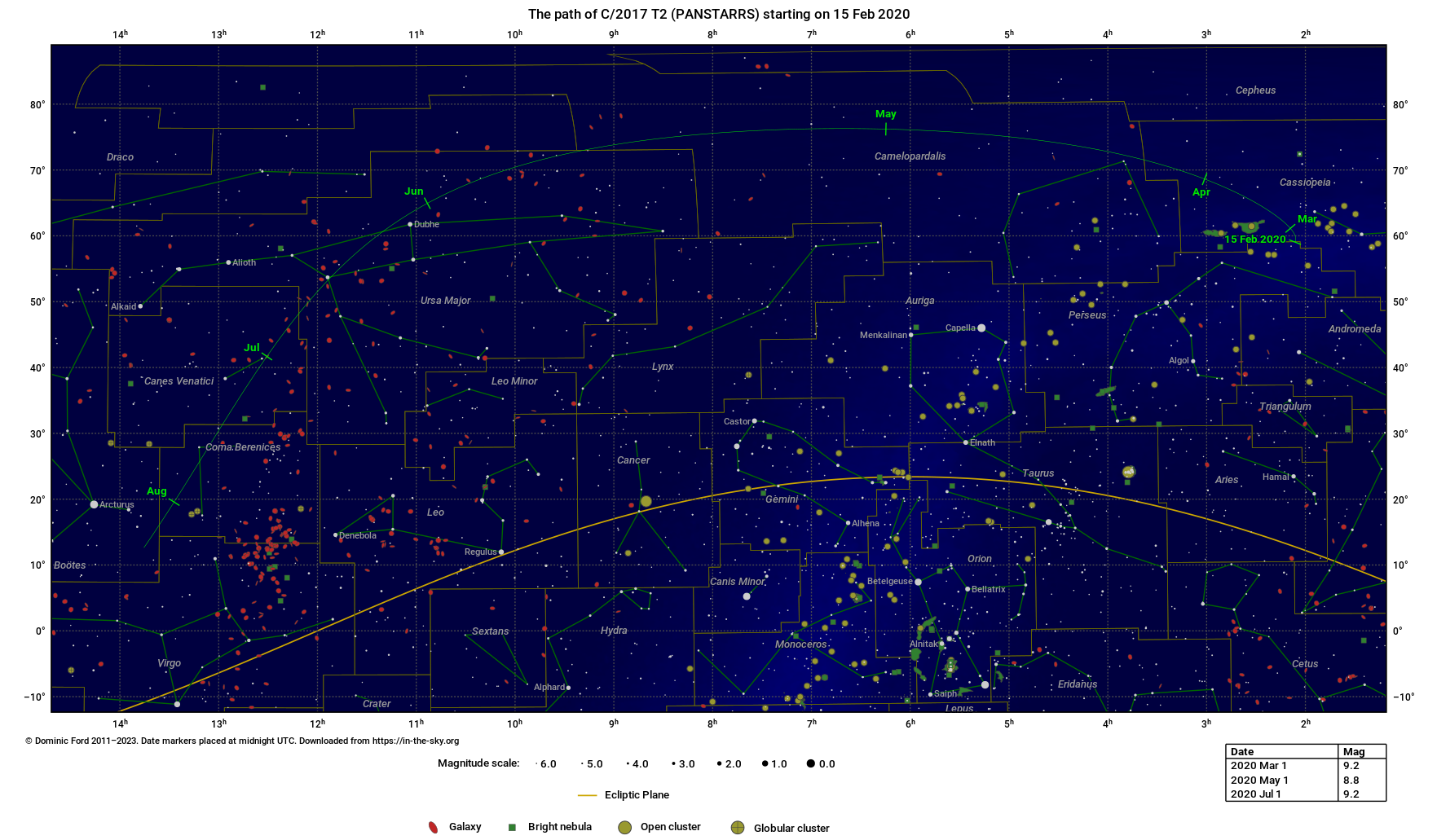 Based on the magnitude parameters published for this comet by the BAA Comet Section, we estimate that it may be around mag 9 at perihelion. This estimate is based on observations that the BAA has received from amateur astronomers, assuming that its current level of activity will remain constant.

This event was automatically generated on the basis of orbital elements published by the Minor Planet Center (MPC) , and is updated whenever new elements become available. It was last updated on 30 May 2020.