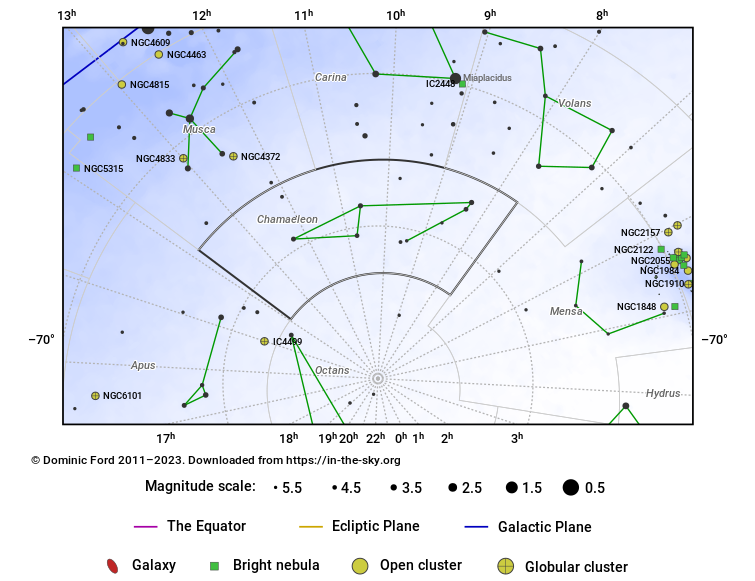 Chamaeleon is the tenth smallest constellation. It lies close to the south celestial pole, where it appears highest in the evening sky in the months around February.

Chamaeleon does not contain any bright stars or deep sky objects; the lizard's body is represented by a grouping of fourth-magnitude stars. It contains one Caldwell object, the planetary nebula C109 (NGC 3195). 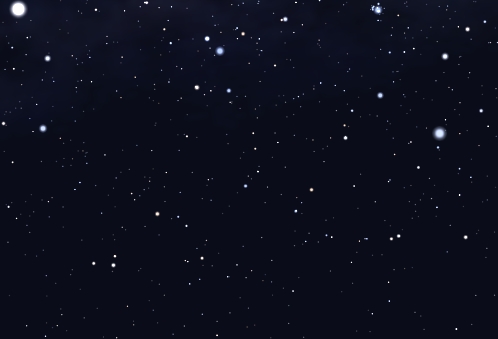 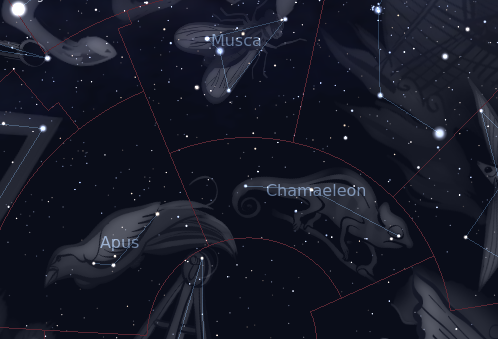 The constellation Chamaeleon as it appears to the unaided eye. Roll mouse over to see labels.
Source: Stellarium.