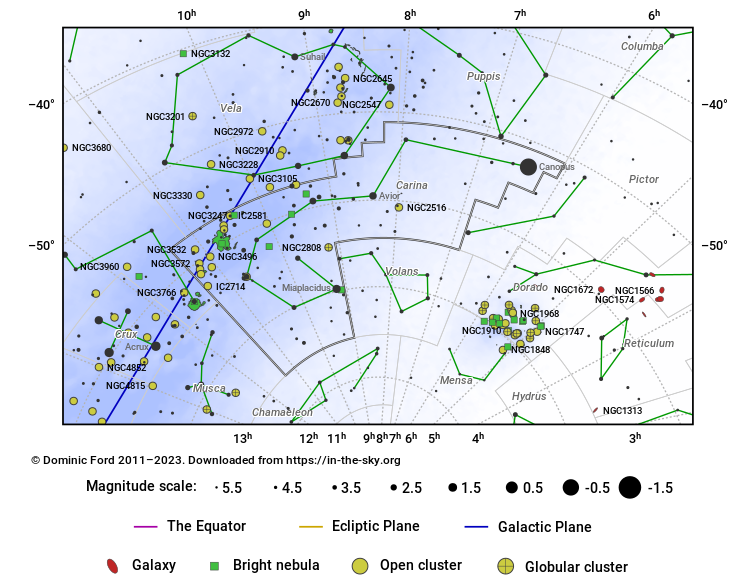 Carina is visible in the far southern sky in the months around January. Visually, it is dominated by the star Canopus, the second brightest star in the sky.

It is also home to one of the sky's most variable stars, η-Car, which in recent times has remained rather faint at mag 7–8, but in 1843 briefly rivalled Sirius in brightness at mag –1.5.

Until the eighteenth century, Carina was part of the much larger ancient constellation of Argo Navis, listed by Ptolemy among his 48 constellations in the second century. Argo Navis covered over 4% of the sky, an area 25% larger than the biggest modern constellation, Hydra.

In classical mythology, Argo Navis was the ship sailed by Jason and the Argonauts on their voyage to recover the golden fleece. Carina represents the ship's keel. 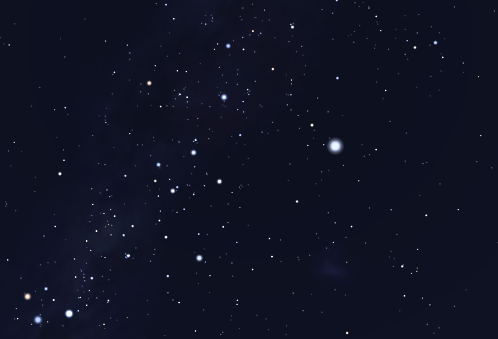 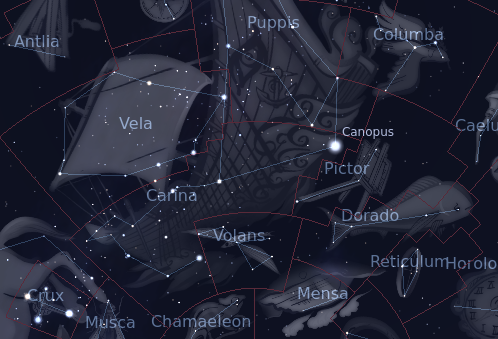 The constellation Carina as it appears to the unaided eye. Roll mouse over to see labels.
Source: Stellarium.