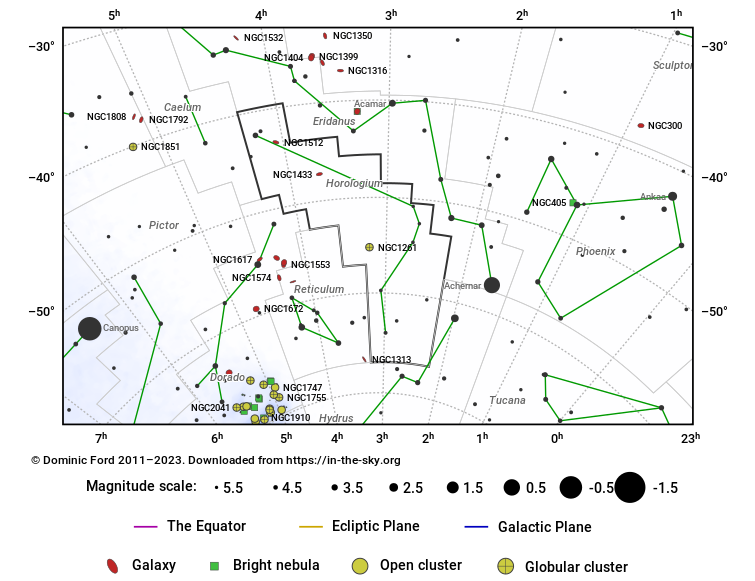 Horologium is a small southern constellation which culminates at around midnight in November.

The name ‘Horologium’ is Latin for ‘clock’, and the constellation is usually depicted as a pendulum clock. The name was assigned to this sky area by Nicolas Louis de Lacaille in 1756.

Horologium has only two stars brighter than fifth magnitude, but does have a few deep sky objects of interest, including the globular cluster NGC 1261 and the barred spiral galaxy NGC 1512.

A very much more challenging cluster is Arp-Madore 1, the most distant known globular cluster in orbit around the Milky Way. However, at magnitude 16, a large telescope is needed to see it. 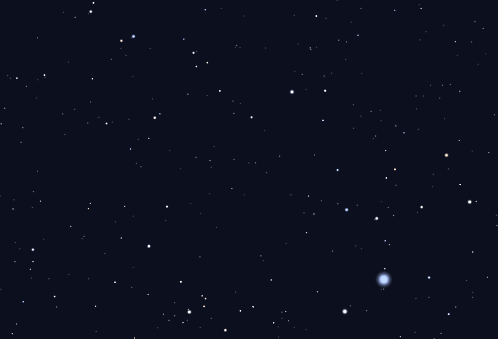 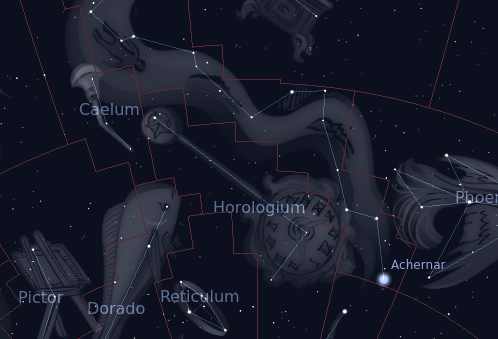 The constellation Horologium as it appears to the unaided eye. Roll mouse over to see labels.
Source: Stellarium.