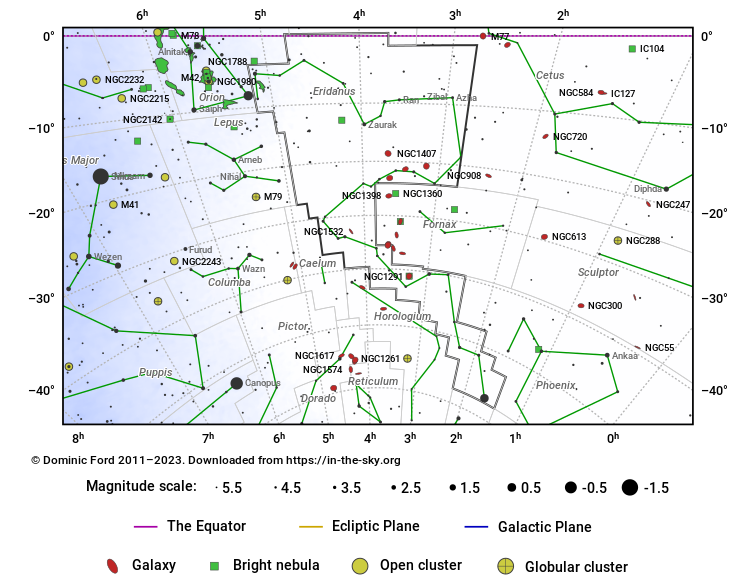 Eridanus is a long constellation which snakes its way from the feet of Orion, close to the celestial equator, all the way down to Tucana at a declination of almost 60°S. It can be found in the southern evening sky in the months around November.

It represents a mythical river, sometimes identified as either the Nile or the River Po in Italy.

It is the sixth largest modern constellation, but despite its size contains only two stars brighter than third magnitude. Its brightest star, Achernar lies at the far southern end of the river's path; its name is Arabic for ‘the river's end’.

Eridanus lies away from the plane of the Milky Way, but contains a number of bright deep sky objects nonetheless. Brightest among these is the elliptical galaxy NGC 1291 which lies close to the river's southern limit. 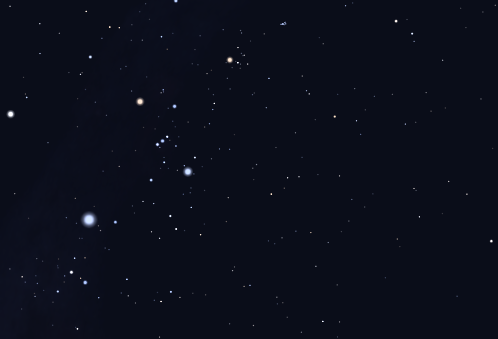 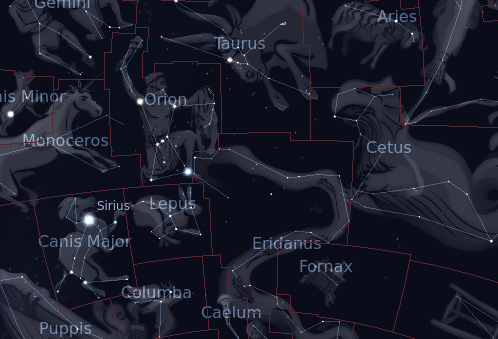 The constellation Eridanus as it appears to the unaided eye. Roll mouse over to see labels.
Source: Stellarium.