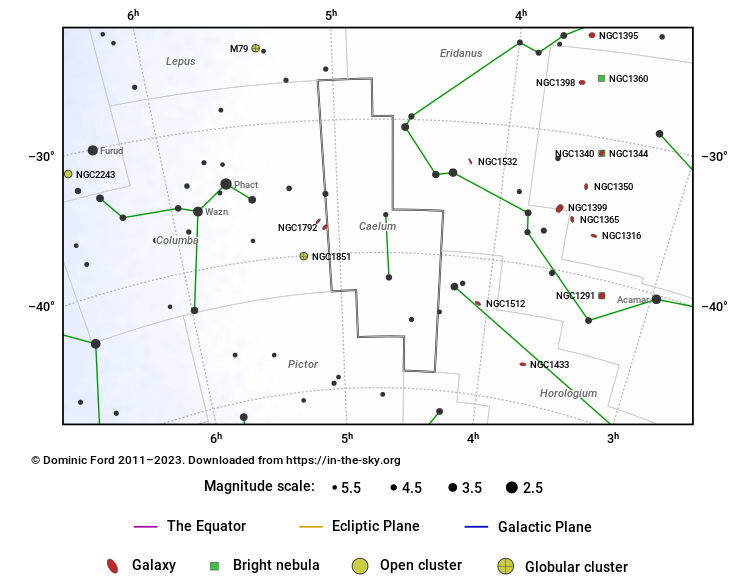 Caelum is a small and faint constellation, visible in the southern sky in the months around November.

It contains only two stars brighter than fifth magnitude, and because it lies well away from the plane of the Milky Way, does not contain any bright deep sky objects either.

The name ‘Caelum’ is Latin for ‘chisel’ and was given to this sky area by Nicolas Louis de Lacaille in 1750. 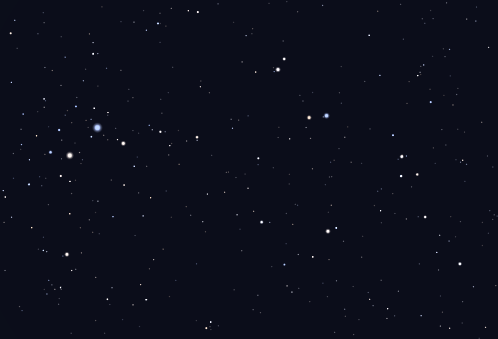 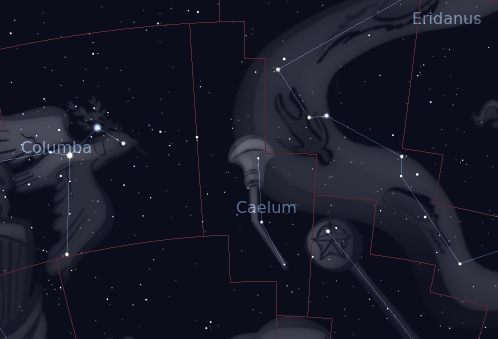 The constellation Caelum as it appears to the unaided eye. Roll mouse over to see labels.
Source: Stellarium.