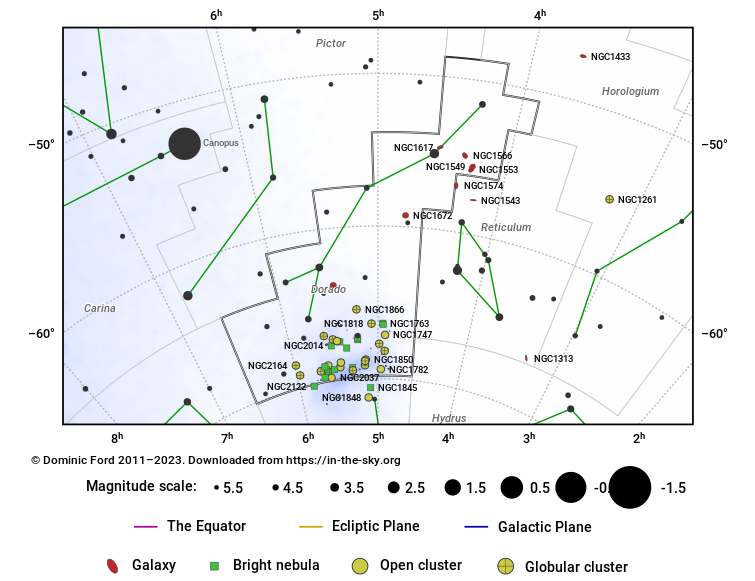 Dorado is a small and not particularly conspicuous constellation in the southern sky, visible in the evening sky in the months around November.

Its brightest stars are of third magnitude, but it is better known for its rich offering of deep sky objects than for its stars.

The Milky Way's dwarf satellite galaxy, the Large Magellanic Cloud, falls mostly within Dorado, with the remainder lying in Mensa. Numerous open star cluster are visible within this part of the sky, as well as a swarm of globular clusters.

Behind the Large Magellanic Cloud, a number of more distant galaxies are also visible, including the bright face-on spiral galaxy NGC 1566.

Dorado is among the dozen constellations introduced by Pieter Dirkszoon Keyser and Frederick de Houtman which celebrate rare or exotic animals, and it first appeared on star maps in 1598. It is usually identified as a goldfish, but has also been depicted as a swordfish. 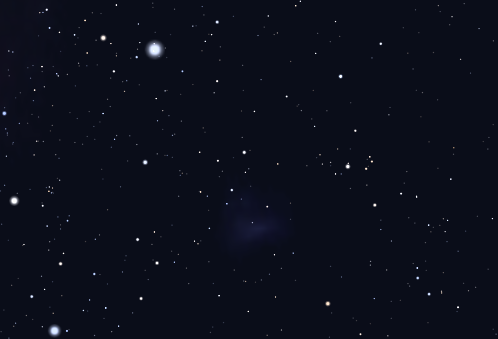 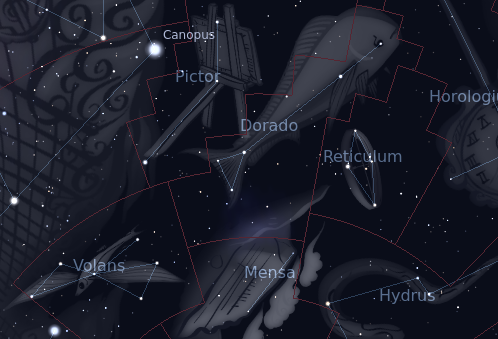 The constellation Dorado as it appears to the unaided eye. Roll mouse over to see labels.
Source: Stellarium.