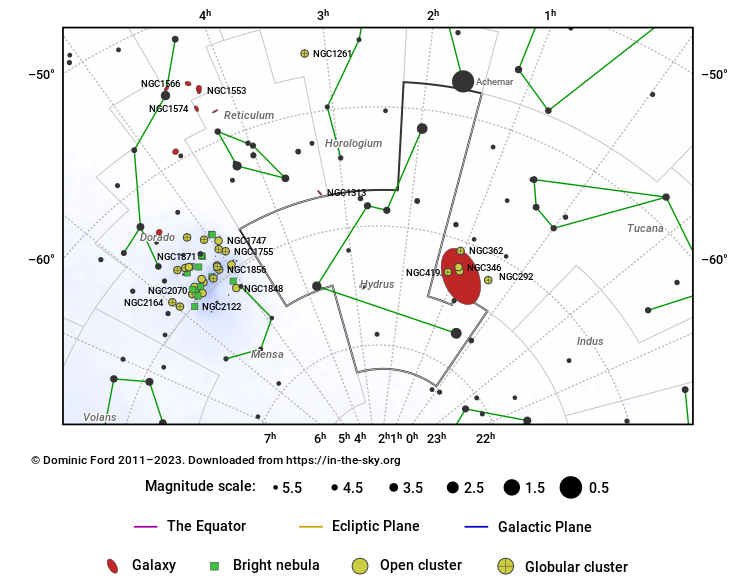 Hydrus is a small constellation close to the south celestial pole. At most southern latitudes it is circumpolar, but appears highest in the midnight sky in October.

Easily confused with Hydra, the mythological water snake, Hydrus is a smaller water snake introduced by Pieter Dirkszoon Keyser and Frederick de Houtman, which first appeared on star maps in 1598. It is one of twelve constellations they introduced in that year which celebrate rare or exotic animals.

It does not have any bright deep sky objects. 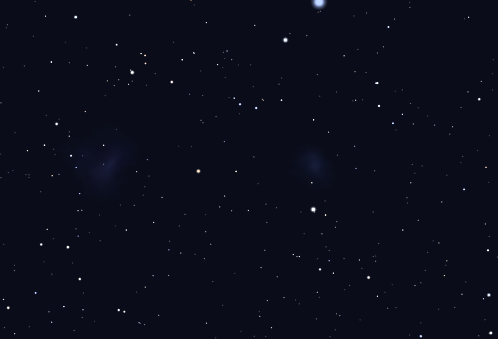 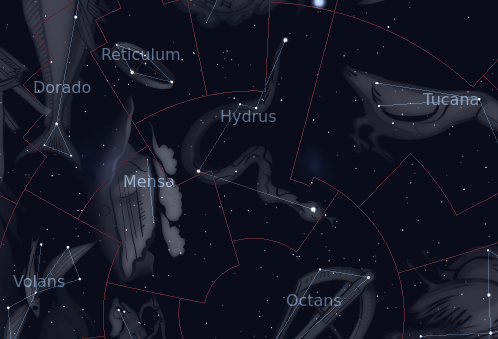 The constellation Hydrus as it appears to the unaided eye. Roll mouse over to see labels.
Source: Stellarium.