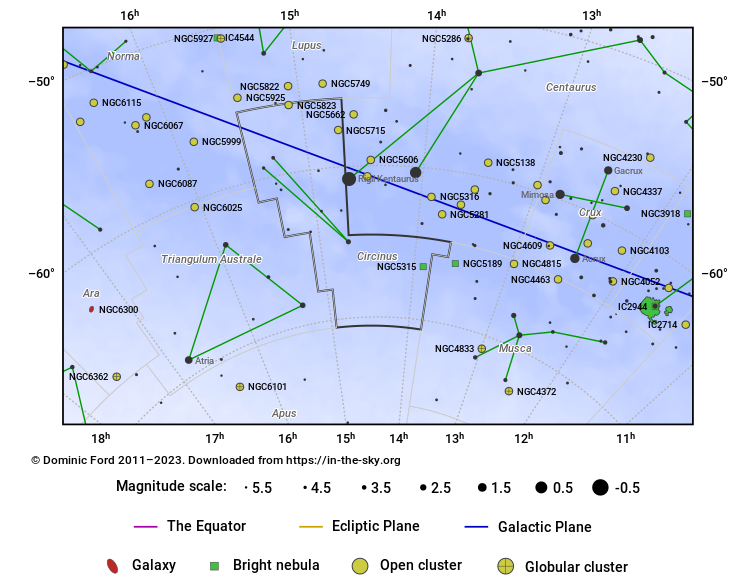 Circinus is the fourth smallest constellation, squeezed into a narrow gap between the front feet of Centaurus and Triangulum Australe.

It represents a pair of compasses and together with its neighbor Norma – a set square – forms a pair of constellations which celebrate drawing instruments. Both were introduced by the French astronomer Nicolas Louis de Lacaille in 1756.

Circinus is visible in the far southern sky in the months around April, but contains only one star brighter than fourth magnitude. It lies across the plane of the Milky Way and despite its small size contains four open clusters with NGC numbers, including the Caldwell object C88 (NGC 5823). 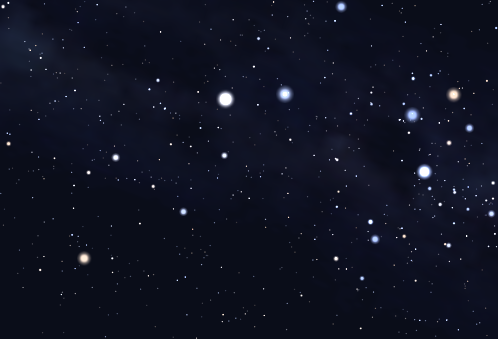 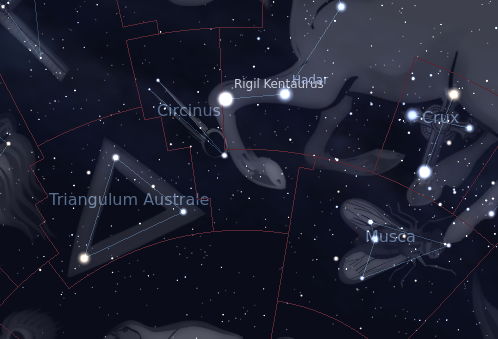 The constellation Circinus as it appears to the unaided eye. Roll mouse over to see labels.
Source: Stellarium.