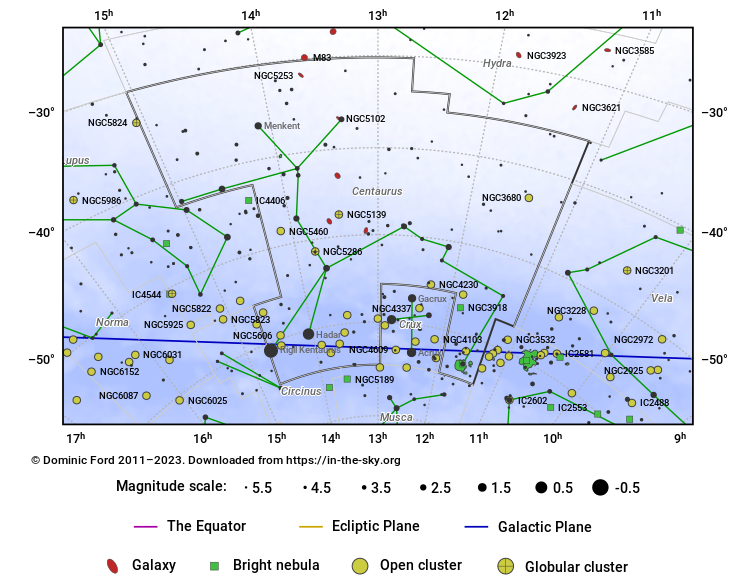 Centaurus is the ninth largest constellation, visible in the far southern sky in the months around March.

Visually, it is dominated by the bright stars α-Cen and β-Cen, which form a pair of pointers to the Southern Cross, Crux, and may be used to distinguish it from the False Cross asterism in Carina and Vela.

The brighter of these, α-Cen is not only the third brightest star in the sky but also the closest of all the stars visible to the unaided eye, lying at a distance of around 4.37 lightyears.

Although it appears as a single object to the unaided eye, it is actually a triple-star system. Through a telescope, it is easy to resolve into a pair of stars, of which HR 5459 is the brighter and HR 5460 the fainter. A third component of this system, Proxima Centauri, is the nearest known star to the Earth, but at 11th magnitude, it is very faint.

The Milky Way passes through the southern half of Centaurus, and so it is home to many bright open clusters. Its best known deep sky object is ω–Centauri (NGC 5139) which is the largest and brightest globular cluster in the sky, visible to the naked eye at mag 3.7.

In classical mythology, the centaurs were a race of beings who were half human and half horse. Centaurus is identified as one particularly wise centaur, Chiron, the son of Cronus, king of the Titans. He is commonly depicted holding an animal, the neighboring constellation Lupus, which he is about to sacrifice on the altar depicted in Ara. 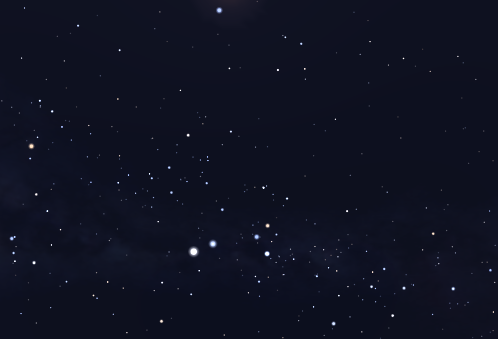 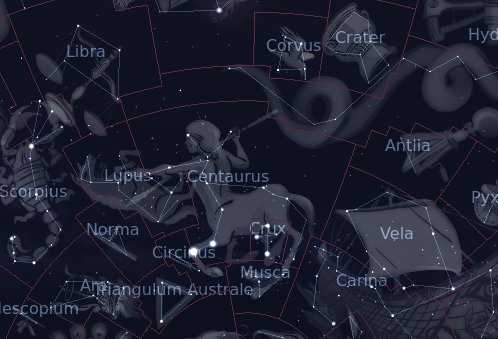 The constellation Centaurus as it appears to the unaided eye. Roll mouse over to see labels.
Source: Stellarium.