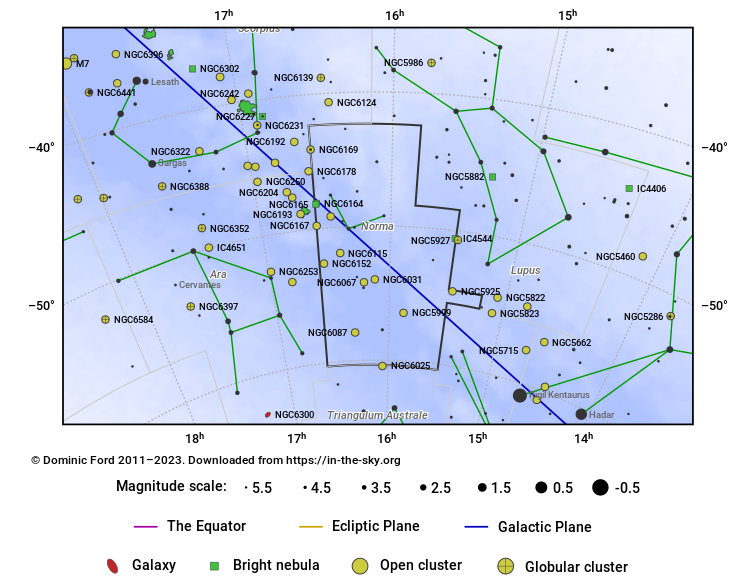 Norma is a small and faint southern constellation, which appears highest in the evening sky in the months around May.

It was created by Nicolas Louis de Lacaille in 1756 from a dark patch of sky between Lupus and Ara, and represents a set-square and rule. Originally called ‘l'Equerre et la Regle’, its name was Latinised and abbreviated to Norma in 1763.

Norma lacks any stars brighter than fourth magnitude, but lies close to the plane of the Milky Way and offers the deep sky observer a rich array of open star clusters.

Its brightest star is designated γ²-Nor; although Lacaille created a full set of Bayer letter designations for its stars, he originally envisaged a much larger constellation and the stars he denoted α and β now lie within the modern constellation of Scorpius, where they are now designated N-Sco and H-Sco. 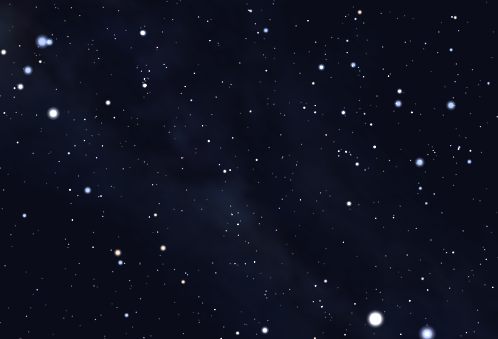 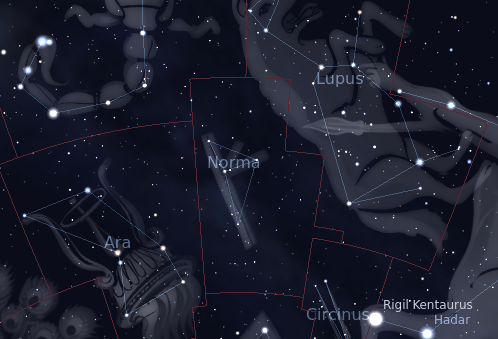 The constellation Norma as it appears to the unaided eye. Roll mouse over to see labels.
Source: Stellarium.