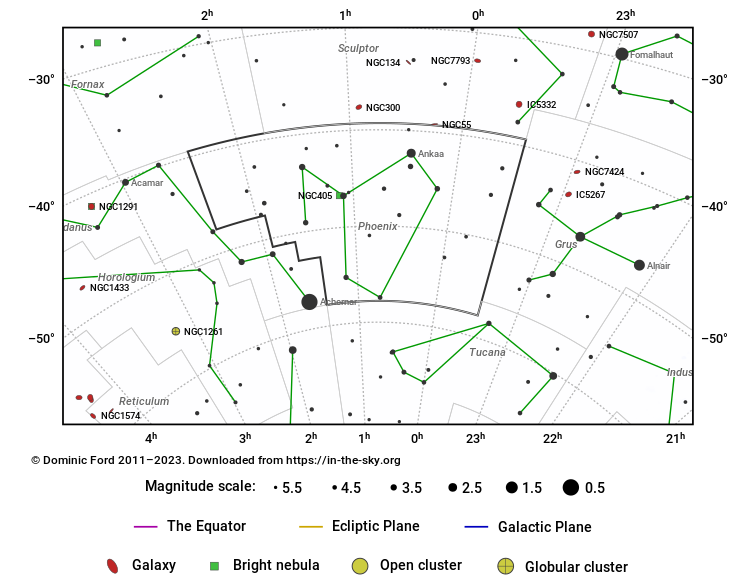 Phoenix is a southern constellation which appears highest in the midnight sky in the months around October.

It contains one second magnitude star, Ankaa, but is otherwise rather faint. Lying well away from the Milky Way, its only deep sky offerings are faint galaxies. 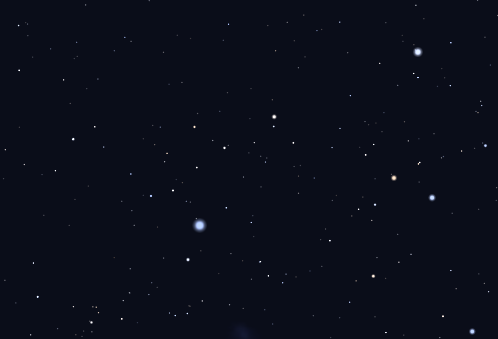 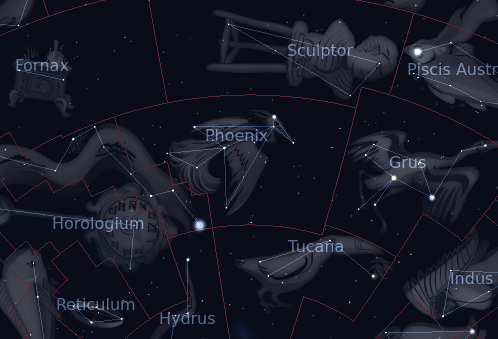 The constellation Phoenix as it appears to the unaided eye. Roll mouse over to see labels.
Source: Stellarium.