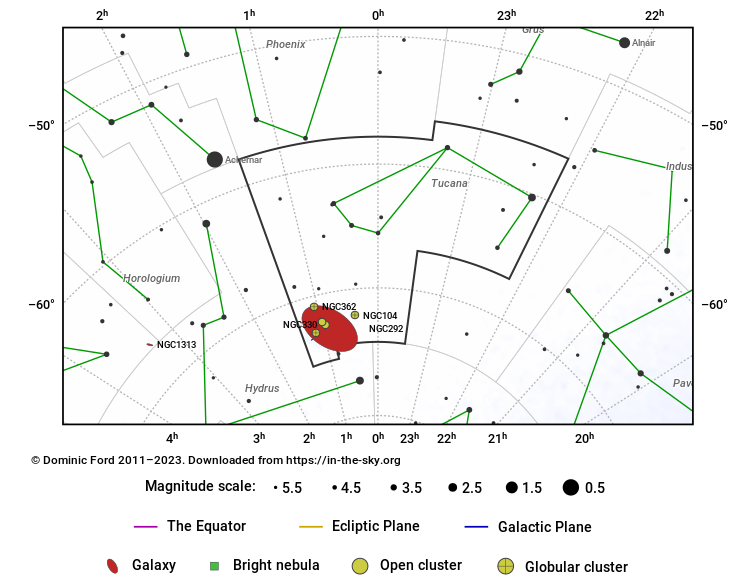 Tucana is a faint constellation which lies close to the south celestial pole. Across much of the southern hemisphere it is circumpolar, but it appears highest in the evening sky in the months around September.

It represents a toucan and was created by Keyser & de Houtman in 1598.

Tucana is best known for its deep sky objects, which include 47 Tucanae, one of the brightest globular clusters in the sky. Most of the Small Magellanic Cloud also lies within its borders. 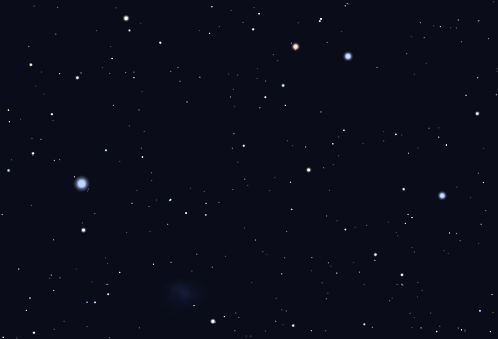 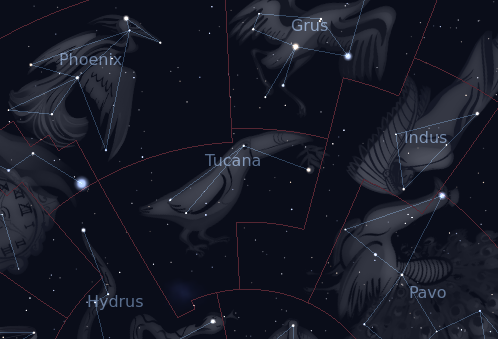 The constellation Tucana as it appears to the unaided eye. Roll mouse over to see labels.
Source: Stellarium.