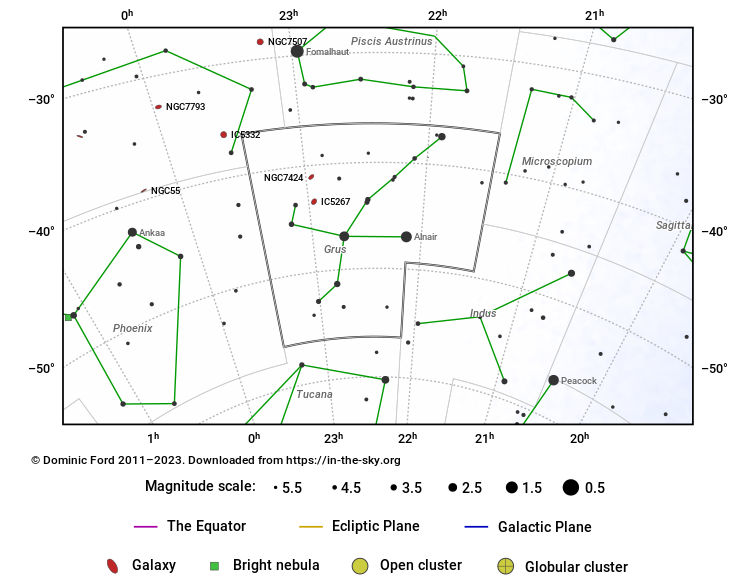 Grus is a small constellation in the southern sky, appearing highest in the evening sky in August.

Lying away from the plane of the Milky Way, it contains no bright deep sky objects, but is home to numerous galaxies of tenth magnitude or fainter.

Grus is one of the twelve constellations introduced by Pieter Dirkszoon Keyser and Frederick de Houtman which celebrate exotic animals. It represents a crane, and first appeared on star maps in 1598.

Previously, this sky area was part of the constellation Piscis Austrinus, the southern fish. This heritage remains apparent in the names of some of its stars, for example its brightest star, Alnair, the fish's tail. 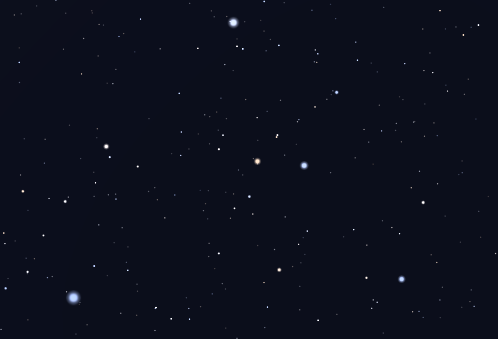 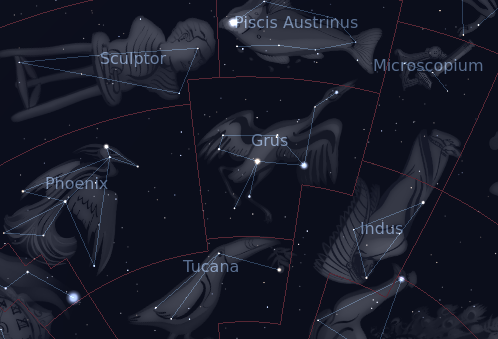 The constellation Grus as it appears to the unaided eye. Roll mouse over to see labels.
Source: Stellarium.