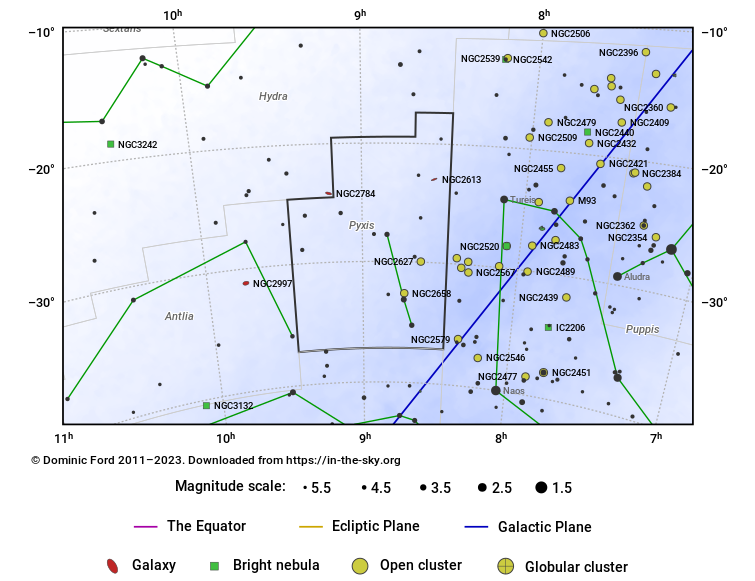 Pyxis is a small and faint southern constellation which appears highest in the evening sky in the months around January.

It lies just north of the ship of the Argonauts, now divided between the three constellations Carina, Puppis and Vela. In ancient times, the brightest stars of Pyxis once formed the mast of the ship.

The name ‘Pyxis’ is Latin for compass, and was applied to this area of sky by Nicolas Louis de Lacaille in 1756. The compass is represented by a line of three fourth-magnitude stars. 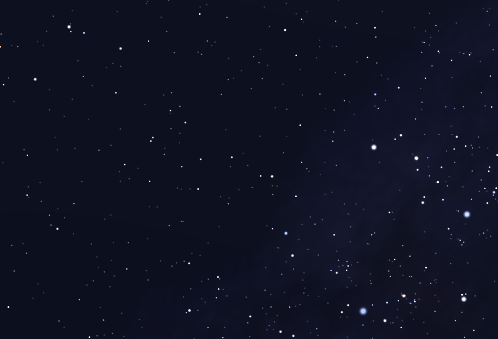 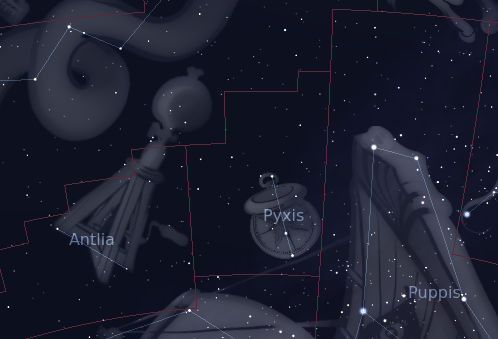 The constellation Pyxis as it appears to the unaided eye. Roll mouse over to see labels.
Source: Stellarium.