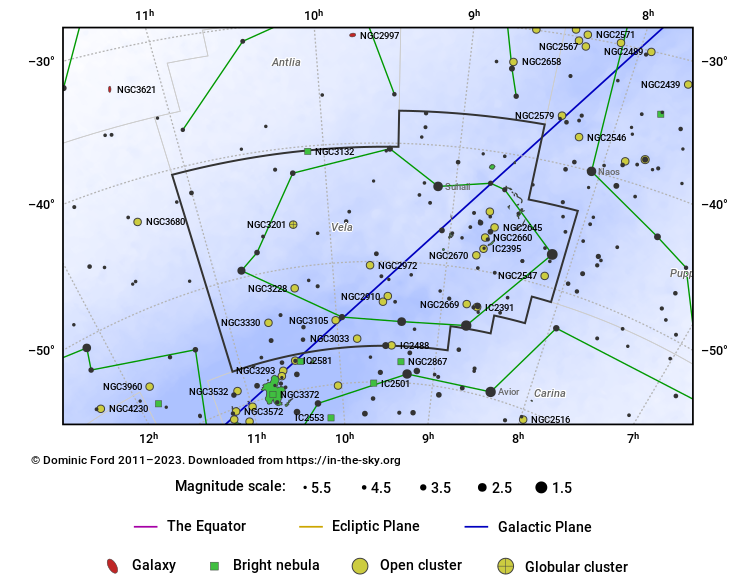 Vela is visible in the southern evening sky in the months around February. The Milky Way runs through it and so it is home to numerous open clusters, including fifteen which are brighter than tenth magnitude.

The stars δ-Vel and κ-Vel, together with Avior and Tureis, form the False Cross, an asterism which is easily mistaken for the nearby Southern Cross in Crux.

Until the eighteenth century, Vela was part of the much larger ancient constellation of Argo Navis, listed by Ptolemy among his 48 constellations in the second century. Argo Navis covered over 4% of the sky, an area 25% larger than the biggest modern constellation, Hydra.

In classical mythology, Argo Navis was the ship sailed by Jason and the Argonauts on their voyage to recover the golden fleece. Vela represents the ship's sail. 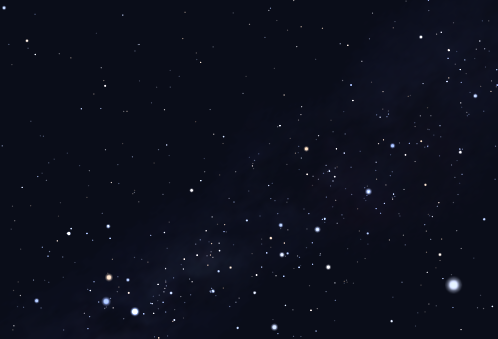 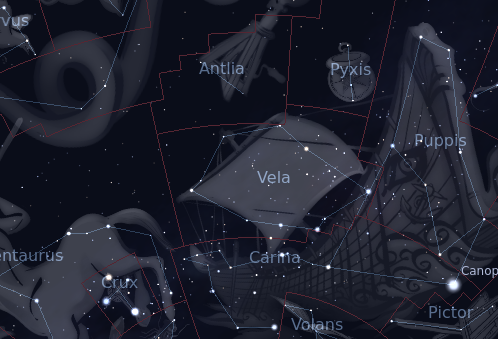 The constellation Vela as it appears to the unaided eye. Roll mouse over to see labels.
Source: Stellarium.