As seen from Fairfield , Mercury will reach its highest point in the sky in its Nov–Dec 2019 morning apparition. It will be shining brightly at mag -0.6.

From Fairfield, this apparition will be well placed but nonetheless tricky to observe, reaching a peak altitude of 17° above the horizon at sunrise on 28 Nov 2019.

The table below lists the altitude of Mercury at sunrise over the course of its the apparition. All times are given in Fairfield local time. 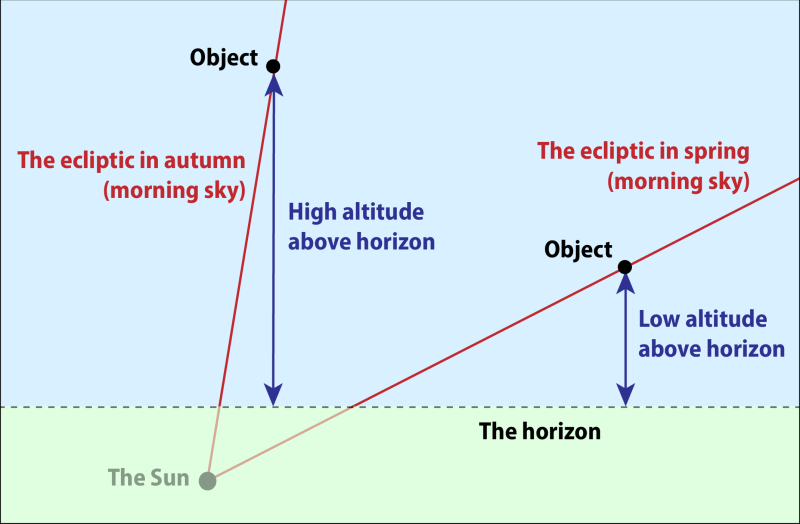 So, if Mercury appears in the evening sky in mid-September, or in the morning sky in mid-March, then it appears more widely separated from the Sun than usual. Specifically, at each apparition, Mercury reaches a separation from the Sun of between 18 and 28°. During its Nov–Dec 2019 apparition, it will reach a maximum separation of 20° to the Sun's west at greatest elongation.