At the moment of perihelion it will be visible in the dawn sky, rising at 01:56 (EST) – 3 hours and 33 minutes before the Sun – and reaching an altitude of 23° above the eastern horizon before fading from view as dawn breaks around 04:07. 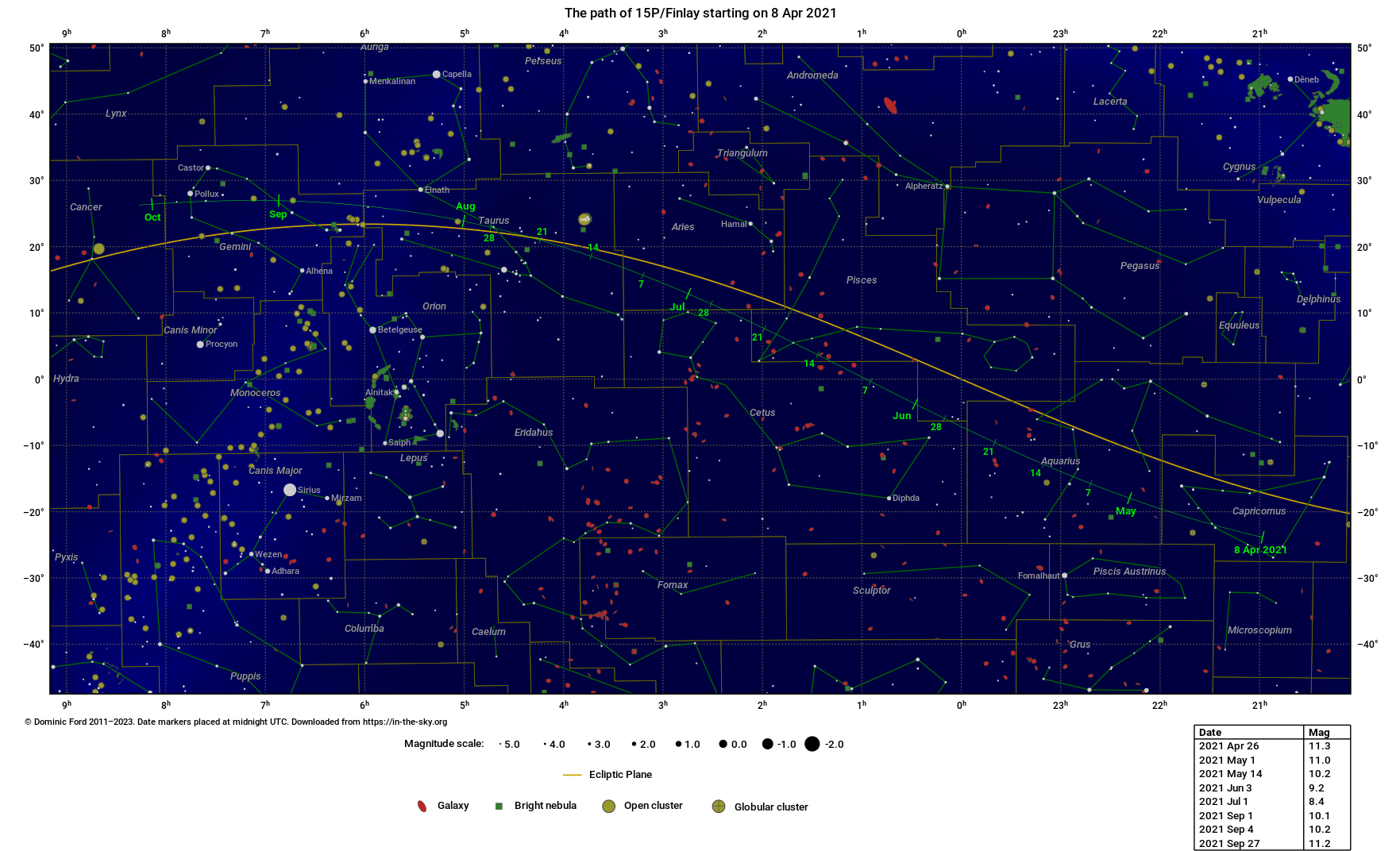 This event was automatically generated on the basis of orbital elements published by the Minor Planet Center (MPC) , and is updated whenever new elements become available. It was last updated on 27 Dec 2021.