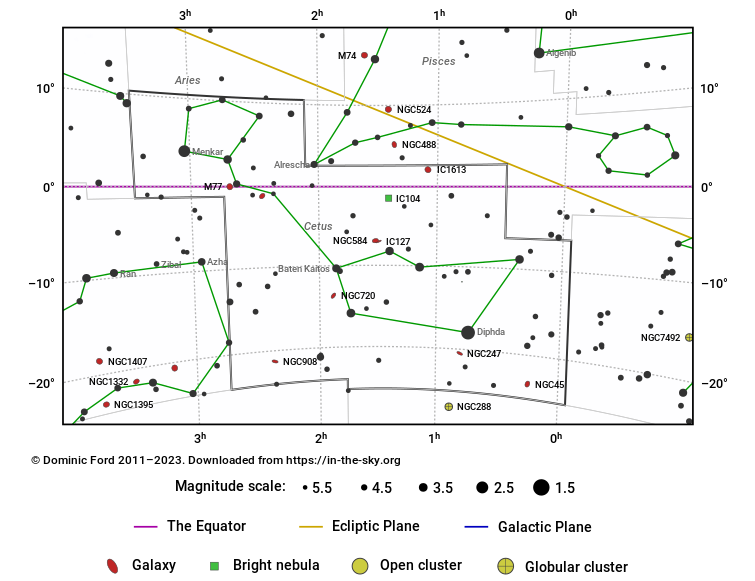 Cetus is the fourth largest constellation, visible in the months around September just to the south of the ecliptic.

Despite its size, Cetus has few bright stars, and because it lies far from the plane of the Milky Way, it also has few deep sky objects. However, it does contain a number of galaxies, including the Messier object M77, a bright spiral galaxy viewed in a face-on orientation.

The star Mira, also known as o-Cet, was the first variable star to be discovered, by David Fabricius in 1596. Its brightness fluctuates between mag 3 and 10 with a 332-day period. Today it is the prototypical example of the Mira class of variable stars.

Cetus is often identified as a whale, or perhaps as the sea monster sent by Poseidon to ravage the kingdom of Cepheus and to which Andromeda was to be sacrificed. The monster was slain by Perseus.

The area of the sky around Cetus is often known as The Sea or the Water, because it contains a number of water-related constellations including Aquarius, Eridanus and Pisces. 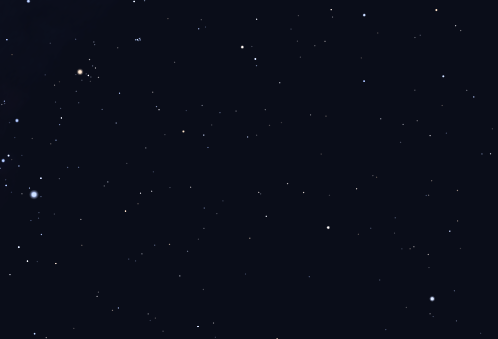 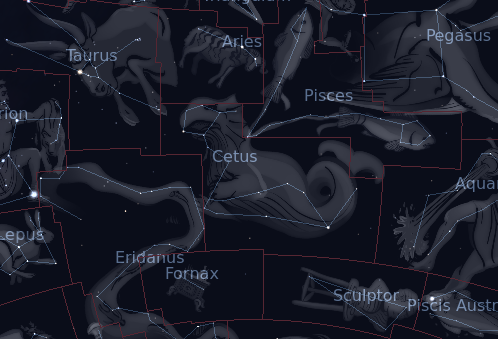 The constellation Cetus as it appears to the unaided eye. Roll mouse over to see labels.
Source: Stellarium.