From Ashburn the 2021 apparition of 8P/Tuttle will progress as follows:

On 31 August it will not be observable – it will reach its highest point in the sky during daytime and will be no higher than 2° above the horizon at dawn. 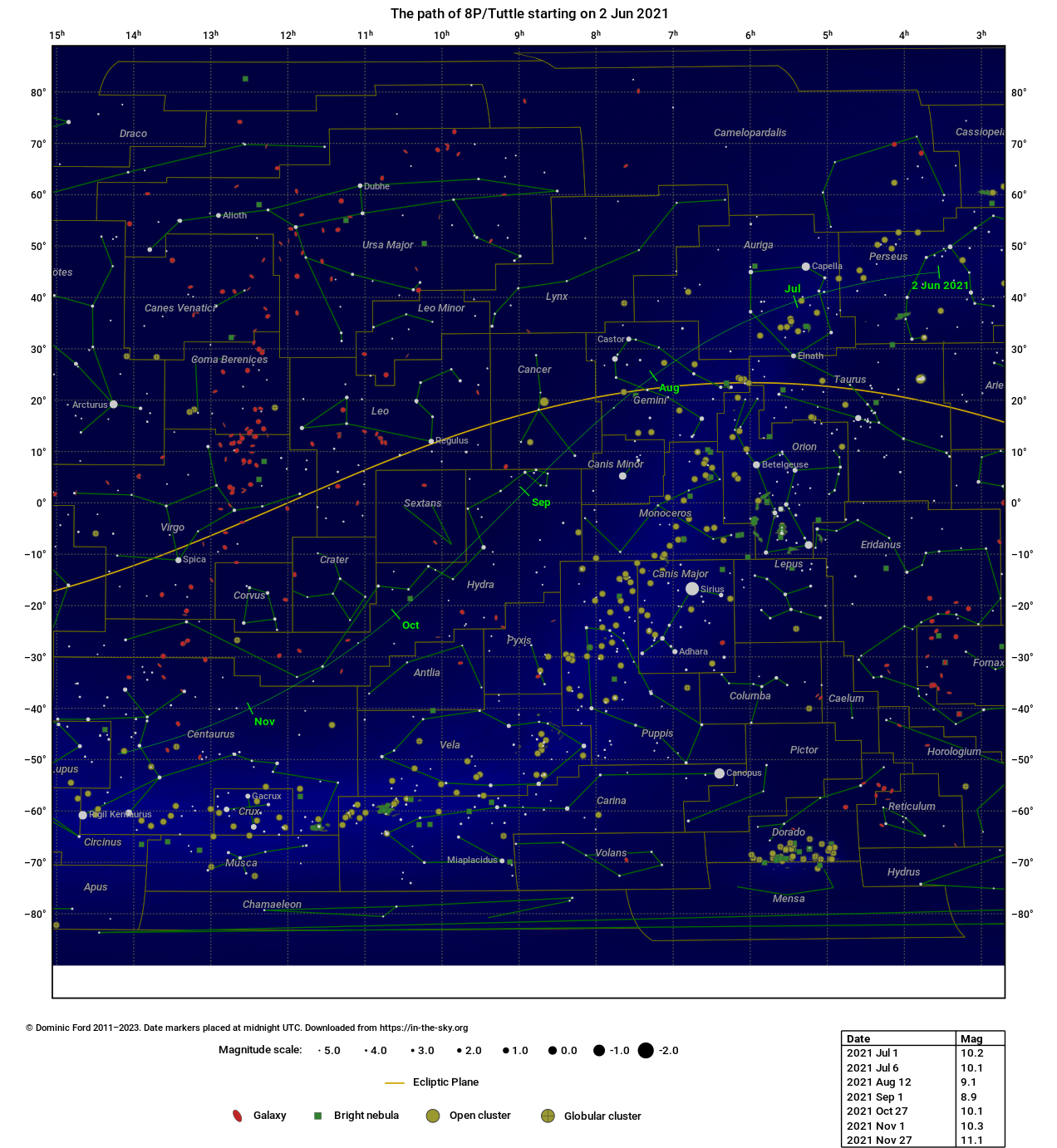 Based on the magnitude parameters published for this comet by the BAA Comet Section, we estimate that it may be around mag 9 on 31 August 2021. This estimate is based on observations that the BAA has received from amateur astronomers, assuming that its current level of activity will remain constant.

This event was automatically generated on the basis of orbital elements published by the Minor Planet Center (MPC) , and is updated whenever new elements become available. It was last updated on 04 Jan 2022.