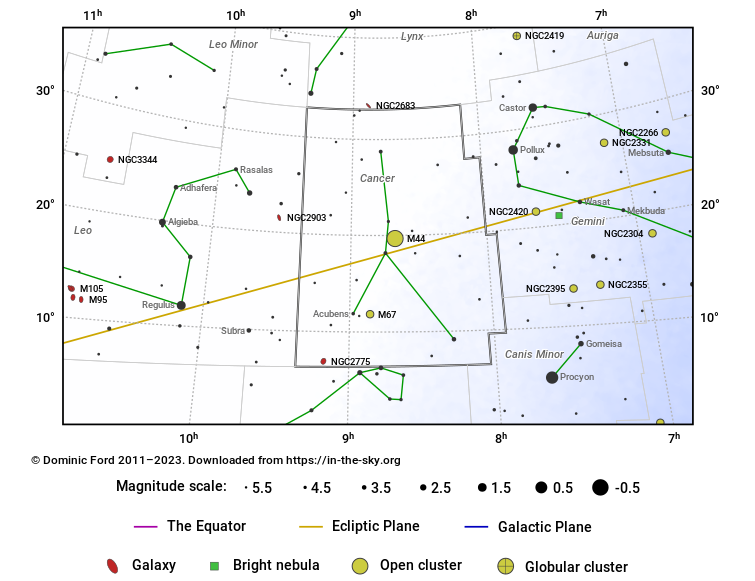 Cancer is a moderately sized constellation visible in the northern sky around February, and one of the twelve members of the zodiac.

Despite this, it is not particularly conspicuous. Its brightest star has a magnitude of only 3.5.

It is best known for its deep sky objects, and in particular the open cluster M44, the Beehive cluster or Praesepe. This can be found near the center of the constellation.

Cancer is Latin for ‘crab’ and is identified with a rather inconsequential event in Greek mythology. The crab in question appeared while Hercules was fighting the Hydra, and bit his foot. Hercules then crushed it, and that was the end of the crab.

The constellation gives its name to the Tropic of Cancer, the line at a latitude of 23.5°N where the Sun is overhead at the June solstice. In ancient times the Sun lay in the constellation at the time of the solstice, though this is no longer the case. The precession of the equinoxes means the Sun now lies in Taurus on June 21. 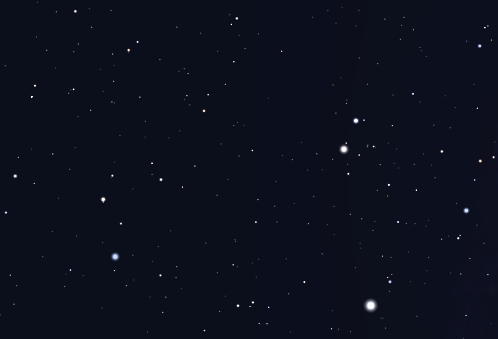 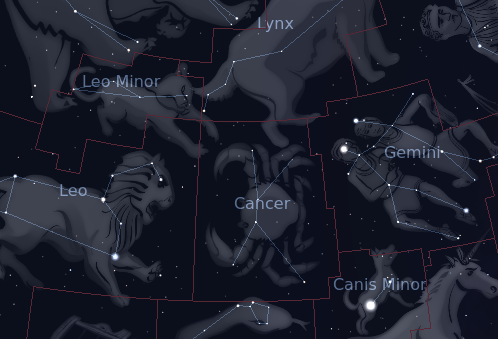 The constellation Cancer as it appears to the unaided eye. Roll mouse over to see labels.
Source: Stellarium.