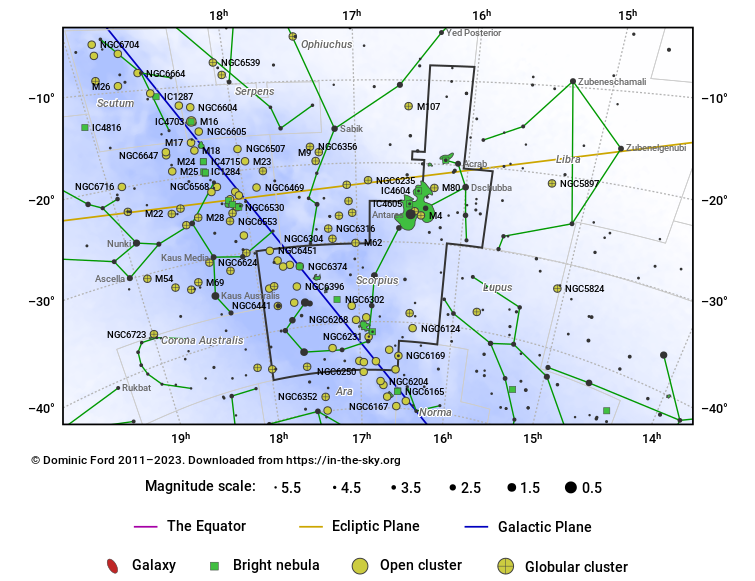 Scorpius is a southern constellation which appears highest in the evening sky in the months around May.

It is one of the twelve members of the zodiac, depicted as a scorpion. It should be noted that although astrologers still refer to this constellation by its old name, Scorpio, the modern constellations is called Scorpius. The Sun passes through it each year for around a week in late November.

Although the Sun spends only a few days in Scorpius each year, it is a moderately sized constellation. The northern tip of the constellation which represents the scorpion's claws is a narrow strip of sky (see the map to the right), which the Sun takes little time to cross.

The brightest star in this sky area is Antares, which marks the scorpion's head. South of this, the scorpion's curving tail is marked by a string of second-magnitude stars.

The plane of the Milky Way passes through Scorpius's southern reaches, and it is rich in star clusters, including 18 open clusters brighter than tenth-magnitude. Lying next to Sagittarius, where the Milky Way's center lies, Scorpius also has a number of bright globular clusters.

In Greek mythology, the scorpion depicted here is said to have stung Orion the hunter to death. 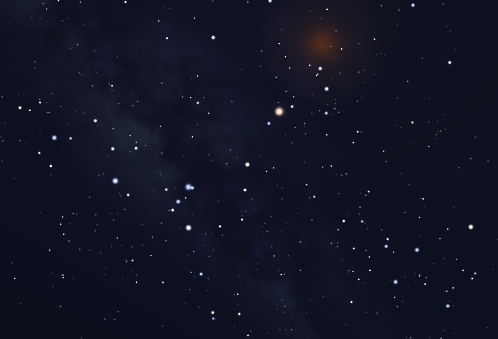 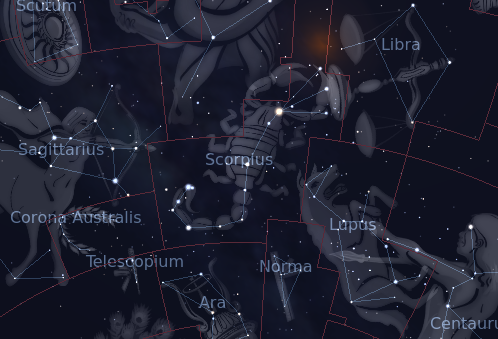 The constellation Scorpius as it appears to the unaided eye. Roll mouse over to see labels.
Source: Stellarium.