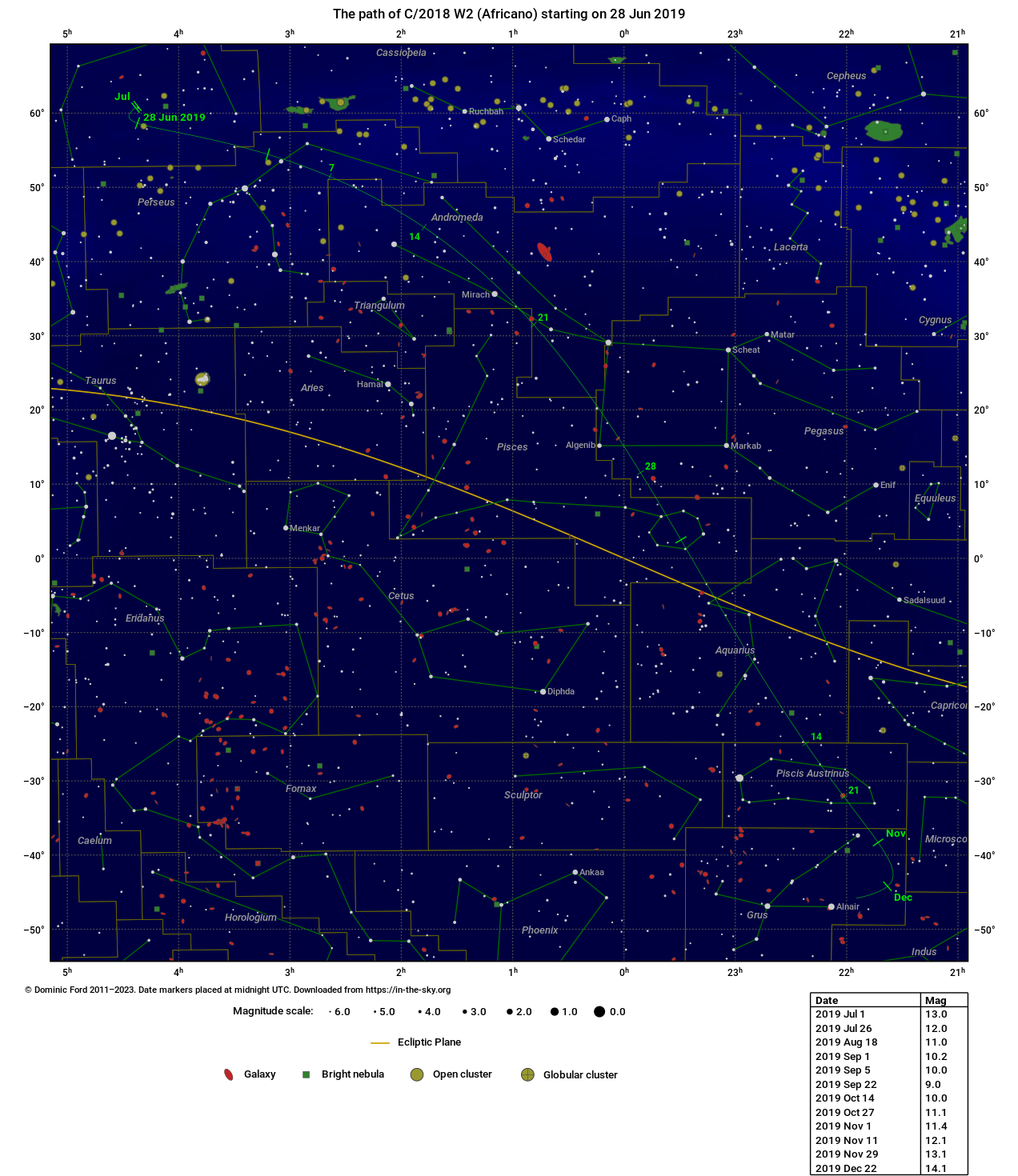 No estimate for the brightness of comet C/2018 W2 (Africano) is currently available.