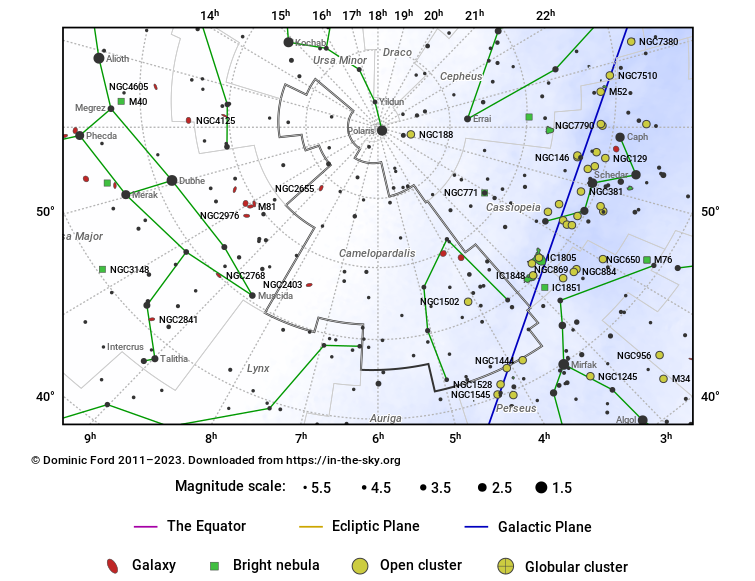 Camelopardalis is a large but faint area of sky close to the north celestial pole.

Rather improbably, the name ‘Camelopardalis’ means ‘giraffe’ and was given to this sky area by Plancius in 1612. It had previously been left unnamed by Greek astronomers since it did not contain any bright stars.

The giraffe in question is supposedly the animal Rebecca rode to marry Isaac in the Book of Genesis, though the Biblical story itself refers to a camel. Legend has it that Johannes Hevelius saw the spots of a giraffe in the constellation's stars, prompting the association. 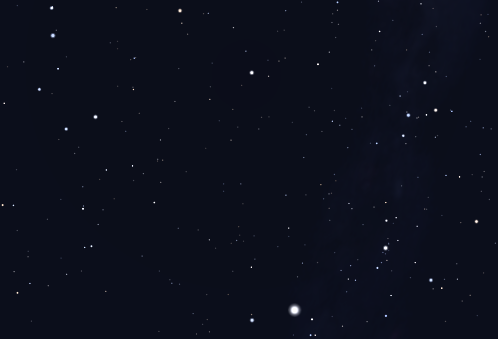 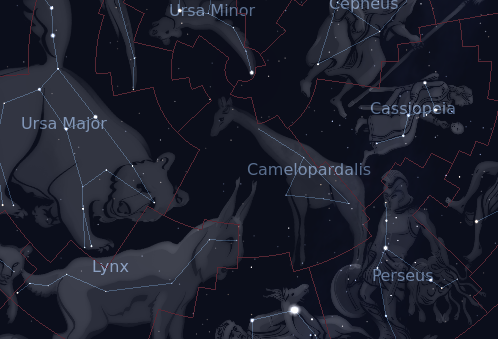 The constellation Camelopardalis as it appears to the unaided eye. Roll mouse over to see labels.
Source: Stellarium.