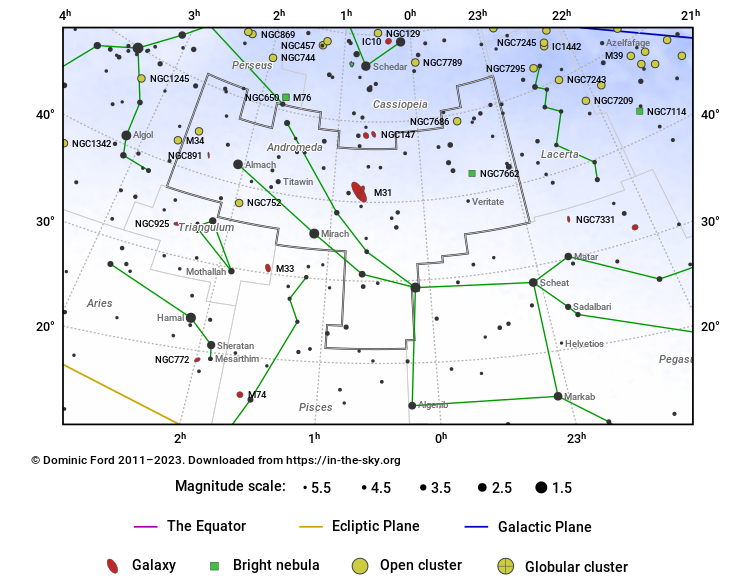 Andromeda is a large northern constellation, visible in the months around September.

It is home to one of the best-known of all deep-sky objects, the Andromeda Galaxy, M31, which is the nearest comparably-sized galaxy to our own Milky Way. Around M31 can be seen a number of smaller companion galaxies, including M32 and M110.

Lying not far from the plane of the northern Milky Way, Andromeda is also home to numerous open clusters.

Andromeda's brightest star, Alpheratz forms one corner of the Square of Pegasus, and was once shared between the two constellations with the designations α–And and δ–Peg. Today it is assigned exclusively to Andromeda, and the designation δ–Peg is defunct.

In Greek mythology, Andromeda was the daughter of King Cepheus and Queen Cassiopeia. She was chained to a rock as a sacrifice, after the god Poseidon had sent a sea monster – sometimes associated with the constellation Cetus – in retribution for Cassiopeia's boastfulness.

She was rescued by Perseus, whom she married. 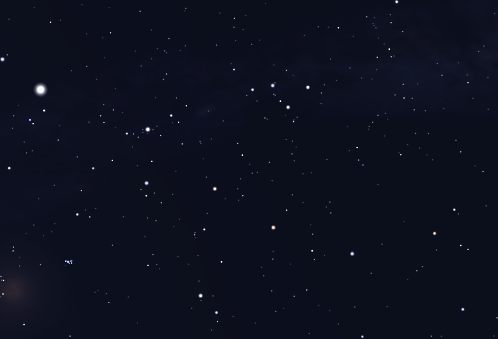 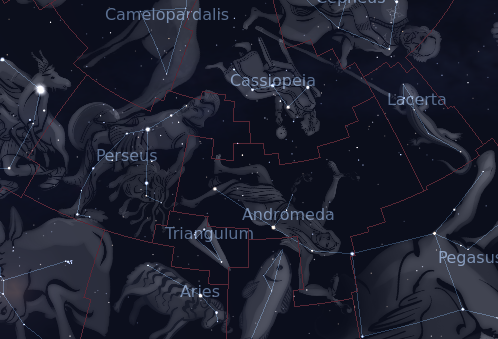 The constellation Andromeda as it appears to the unaided eye. Roll mouse over to see labels.
Source: Stellarium.