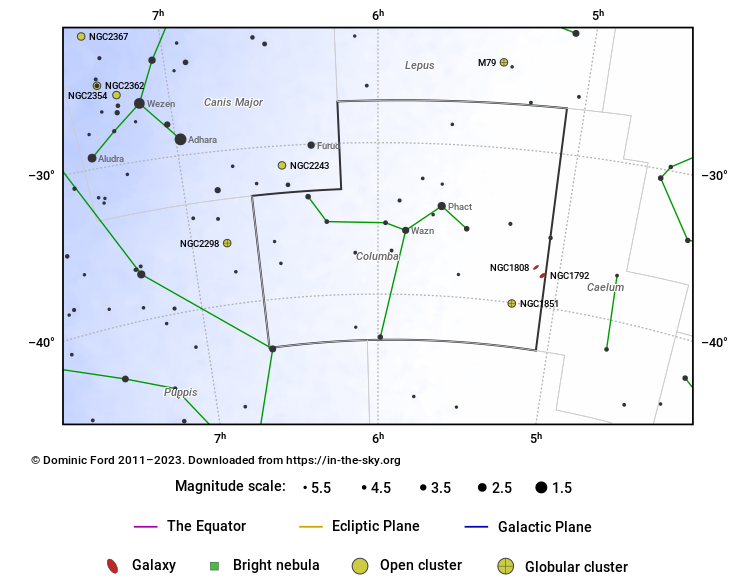 Columba is among the dozen constellations introduced by Petrus Plancius which celebrate animals, in this case a dove. Specifically, it is identified as the dove released by Noah in the Biblical flood story to search for dry land.

It lies just behind the stern of the ship Argo Navis, which Plancius reinterpreted to be Noah's Ark.

It can be found in the southern sky in the months around December, but is a faint constellation containing only two stars brighter than fourth magnitude.

It contains only one bright deep sky object, the globular cluster NGC 1851, which is designated C73 in the Caldwell catalogue. 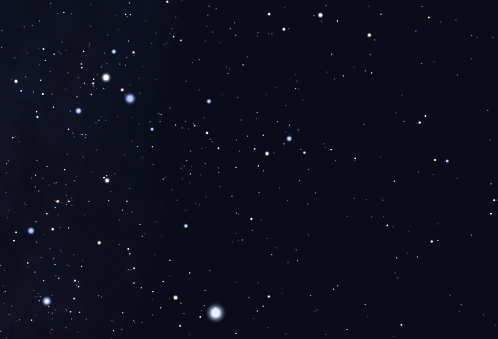 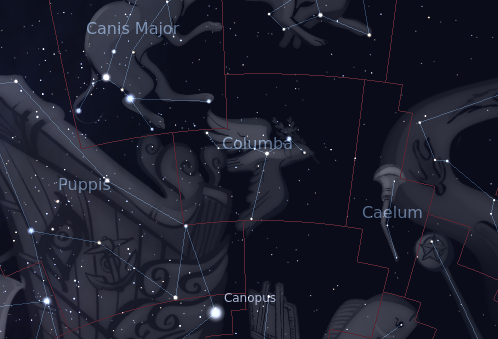 The constellation Columba as it appears to the unaided eye. Roll mouse over to see labels.
Source: Stellarium.