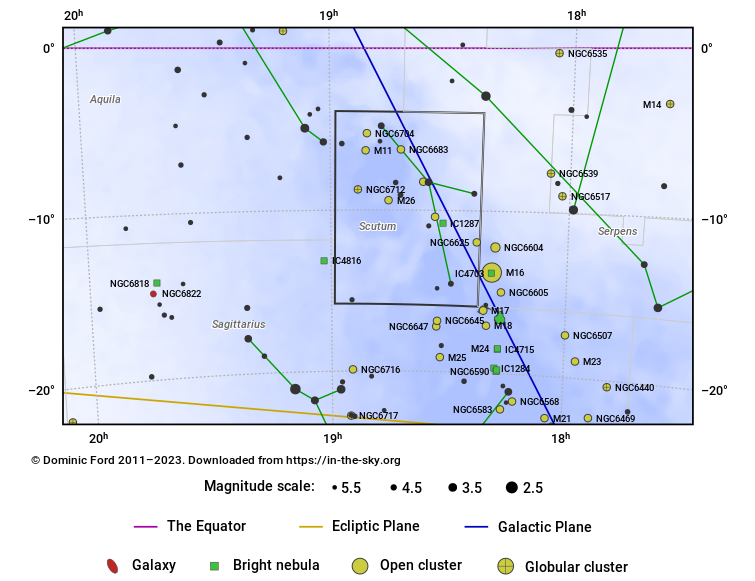 Scutum is a small and faint equatorial constellation which appears highest in the evening sky in the months around June.

It is the fifth smallest of all the constellations, and was introduced by the Polish astronomer Johannes Hevelius in 1684 in honour of King John III Sobieski of Poland, who visited Hevelius's observatory a number of times.

Although many such politically-inspired constellations have been proposed over past centuries – for example, one Hungarian astronomer tried to introduce the constellation Harpa Georgii (George's harp) in honour of King George III of England – Scutum is the only surviving example of such celestial homage.

Scutum is depicted as a shield, whose corners are marked by its four brightest stars, though these are of only fourth and fifth magnitude.

Despite its small size and faintness, Scutum does have several deep sky objects of interest. The plane of the Milky Way passes right through the center of the shield, and moreover, it neighbors Sagittarius, which contains the center of the galaxy. Consequently, Scutum contains six open clusters brighter than tenth magnitude, as well as the bright globular cluster NGC 6712. 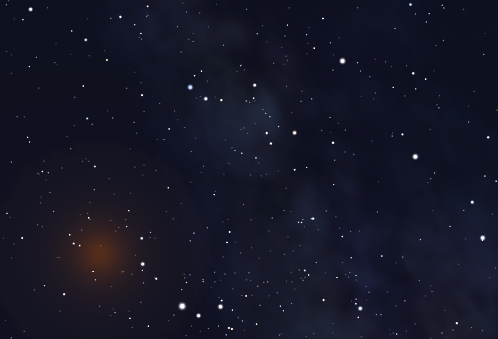 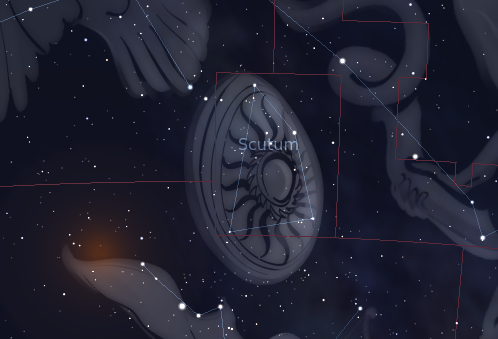 The constellation Scutum as it appears to the unaided eye. Roll mouse over to see labels.
Source: Stellarium.