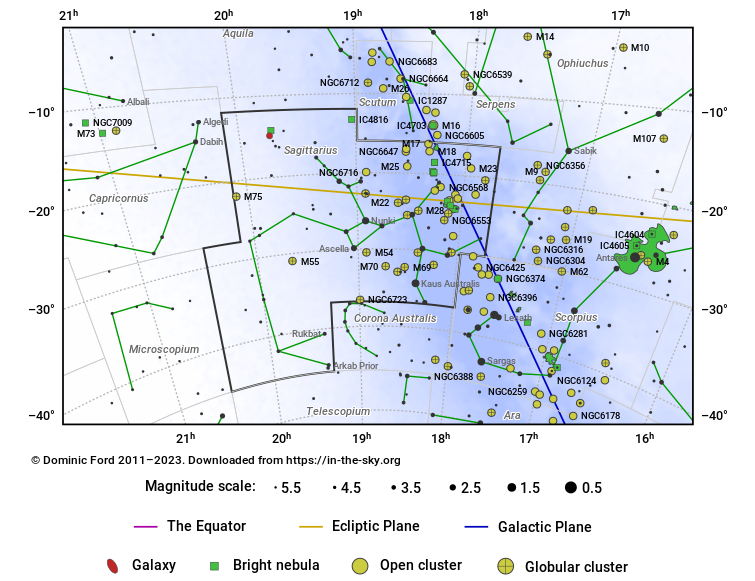 Sagittarius is a large southern constellation which spans the declination range δ=12°S to δ=45°S. It appears highest in the evening sky in the months around July.

This area of the sky looks directly towards the center of the Milky Way, which is marked by the radio source Sgr A. This makes it the richest of all the constellations for deep sky objects, including no fewer than fifteen open clusters and eighteen globular clusters brighter than tenth magnitude. Among these is M22, the fifth brightest globular cluster in the sky.

It is also home to the diffuse ninth-magnitude galaxy NGC 6822, also known as Caldwell 57.

Sagittarius is one of the twelve members of the zodiac, and the Sun passes through it each year between mid-December and mid-January.

Sagittarius is usually depicted as a centaur (half horse, half man) holding a bow and arrow. The constellation is of Sumerian origin and was subsequently adopted by the Greeks, leading to some uncertainty over the archer's identity. According to Eratosthenes, the archer is Crotus, nurse to the Muses and the inventor of archery. However, this association is problematic as Crotus was not a centaur, but rather a satyr. 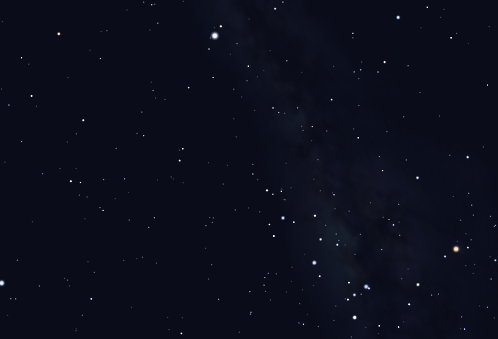 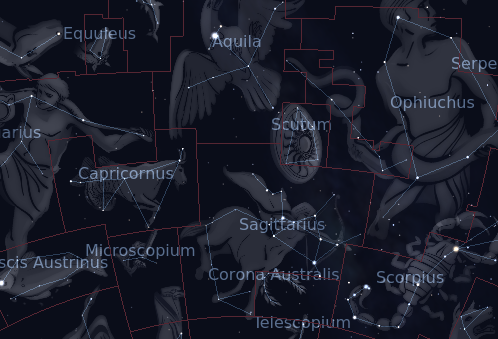 The constellation Sagittarius as it appears to the unaided eye. Roll mouse over to see labels.
Source: Stellarium.