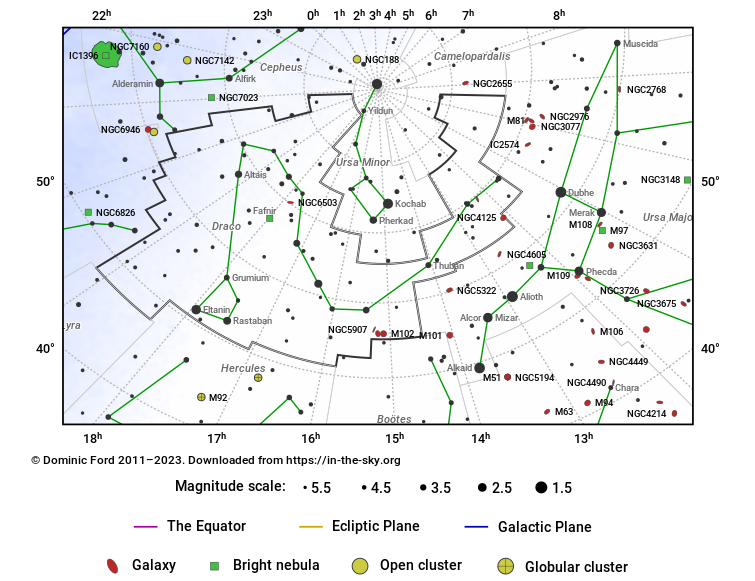 Draco is a large but not particularly prominent constellation which snakes its way around the north celestial pole, encircling Ursa Minor on three sides.

The name ‘Draco’ is Latin for ‘dragon’, and is identified as the dragon employed by Zeus' wife Hera to guard a tree on which golden apples grew. Among the labors of Hercules, one of the tasks set to the hero was to slay the dragon and steal the apples.

It is appropriate, then, that Draco is placed alongside Hercules in the sky, and is usually depicted with the demigod standing with one foot on the beast's head.

Despite its size – it is the sixth-largest constellation – Draco contains few objects of interest. It lies well away from the plane of the Milky Way, and so has few bright deep sky objects. One exception is the planetary nebula NGC 6543, also designated as C 6 in the Caldwell catalogue. 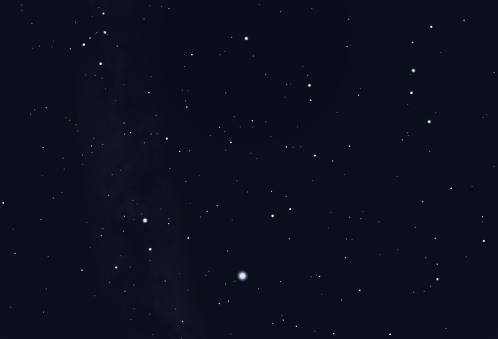 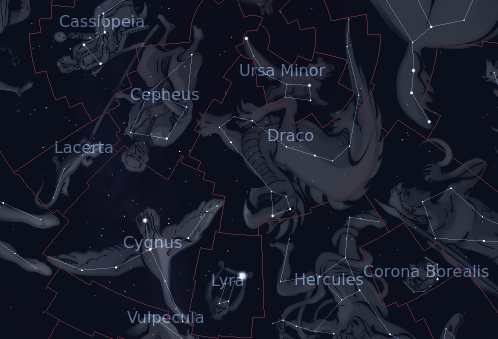 The constellation Draco as it appears to the unaided eye. Roll mouse over to see labels.
Source: Stellarium.