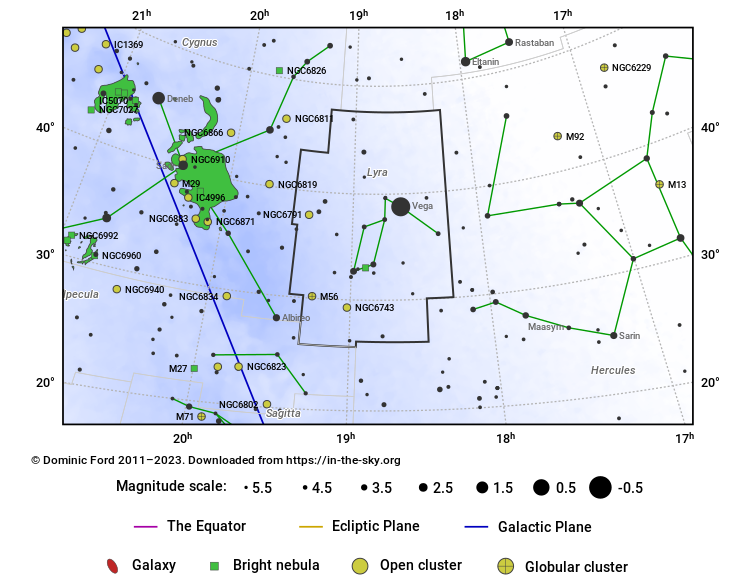 Lyra is a northern summer constellation, which is highest in the midnight sky in the months around June. It is best known for its brightest star, Vega, which forms one vertex of the Summer Triangle asterism. Vega is the fourth brightest star in the whole sky, and defines the zero point of the magnitude system.

Lyra's other stars are all much fainter than Vega; none are brighter than third magnitude.

This area of the sky is home to the celebrated planetary nebula M57, the Ring Nebula, one of the brightest in the sky. It is also home to the globular cluster M56.

In Greek mythology, the lyre represented here was the first lyre ever made, belonging to Orpheus, the greatest musician of his age. In earlier times, the Arabs saw an eagle in the same sky area: the name of the star Vega means ‘the swooping eagle’ in Arabic. 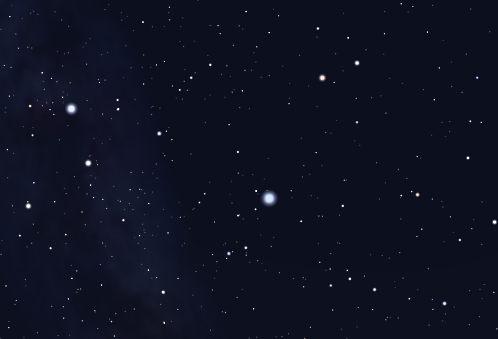 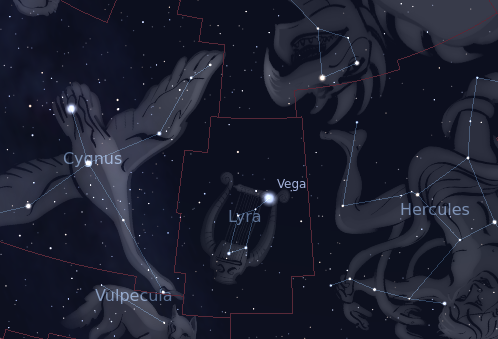 The constellation Lyra as it appears to the unaided eye. Roll mouse over to see labels.
Source: Stellarium.