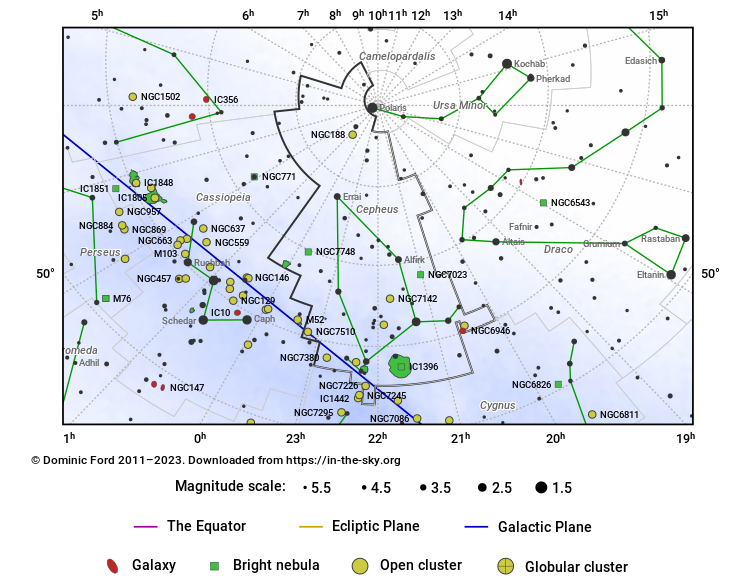 Cepheus lies in the far northern sky. The north celestial pole lies in the neighboring constellation Ursa Minor, but the northern-most tip of Cepheus is a mere 1.5° away from the pole.

The precession of the equinoxes is shifting the pole ever-closer to the boundary between the two constellations, and by 7500 AD, Cepheus's brightest star Alderamin will have become the pole star.

Two other stars in Cepheus are of particular note. The fourth-magnitude star δ-Cep is the prototype for the Cepheid class of variable stars. It variability was discovered in 1784 by the deaf–mute astronomer John Goodricke.

Cepheus is also home to a number of other notable variable stars, including μ-Cep, sometimes known as Herschel's Garnet Star, which varies between magnitudes 3.5 and 5.1

In classical mythology, Cepheus was king of Aethiopia, the husband of queen Cassiopeia and father of Andromeda. 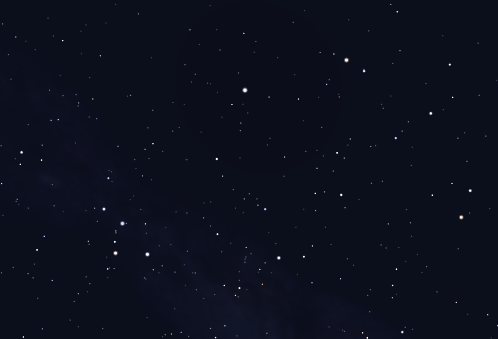 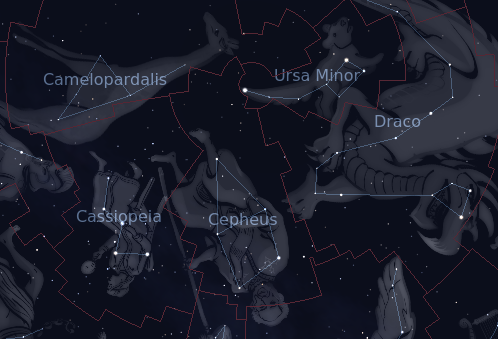 The constellation Cepheus as it appears to the unaided eye. Roll mouse over to see labels.
Source: Stellarium.