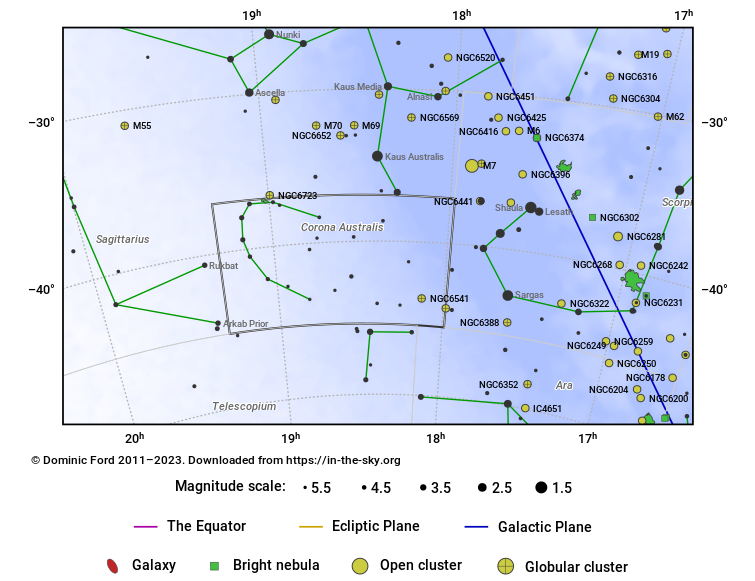 Coronae Australis is the southern counterpart to the northern crown, Corona Borealis, though it is considerably smaller and fainter. Its brightest star has a magnitude of 4.1.

It is the ninth smallest modern constellation.

Although an ancient constellation, it is traditionally depicted as a wreath rather than a crown, lying at the feet of Sagittarius the archer. Like its northern counterpart, it is visible in the evening sky in the months around May and June.

It lies close to the plane of the Milky Way, but not in a part which is especially bright. Its only deep sky object of any significance is the globular cluster NGC 6541, designated C 78 in the Caldwell catalogue. 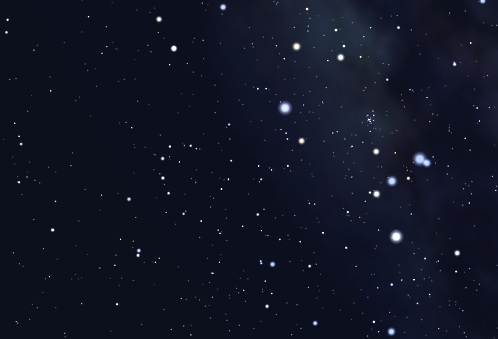 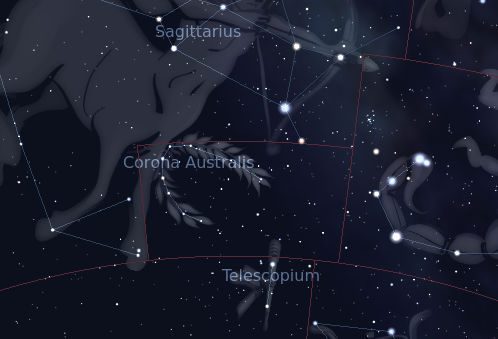 The constellation Corona Australis as it appears to the unaided eye. Roll mouse over to see labels.
Source: Stellarium.