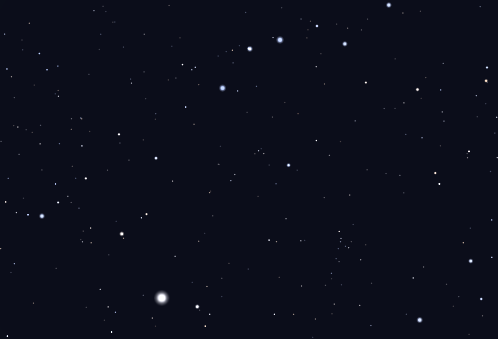 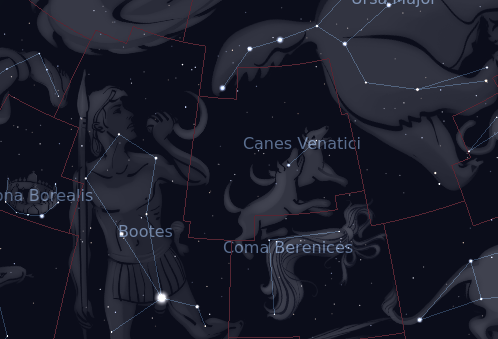 Canes Venatici is a small faint constellation introduced by the Polish astronomer Johannes Hevelius in the 17th century.

It is visible in the northern sky around April, and was previously part of Ursa Major.

While its stars are not prominent, it is a rich hunting ground for galaxies, including the famous face-on spiral galaxy M51. It also contains the globular cluster M3.

It lies close to the huge Virgo supercluster of galaxies, in a part of the sky well away from the Milky Way where there is little obscuration from nearby material. This makes it is a good place to observe the distant universe.

Canes Venatici is Latin for ‘running dogs’, and it is often represented as the dogs of Boötes the herdsman.