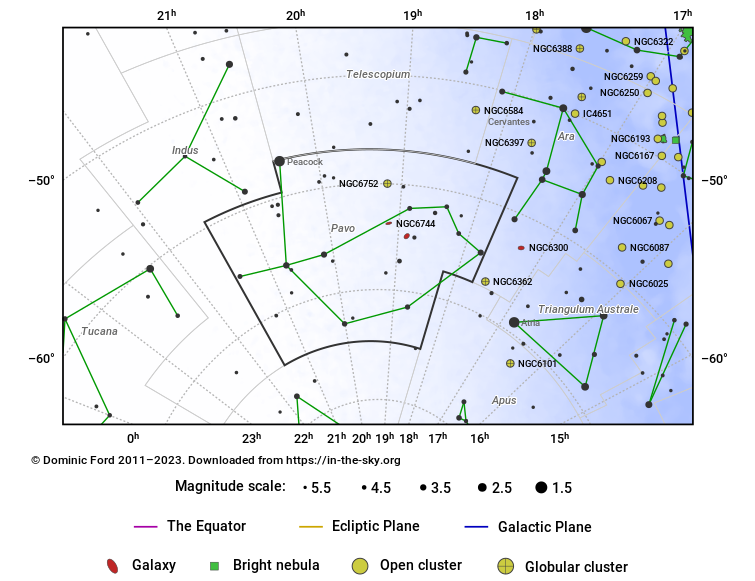 Pavo lies close to the south celestial pole, where it is circumpolar across most of the southern hemisphere, but appears highest in the midnight sky in the months around July.

It is home to one second-magnitude star, called Peacock, but no other stars brighter than mag 3.4.

Lying away from the Milky Way, Pavo does not have many bright deep sky objects, with the exception of the globular cluster NGC 6752. 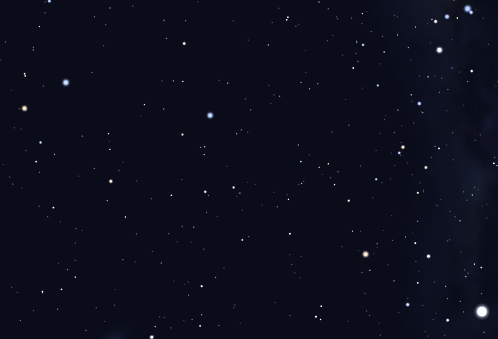 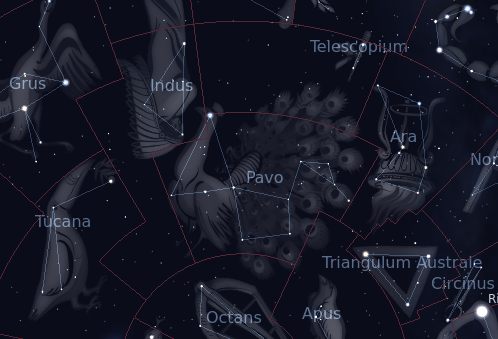 The constellation Pavo as it appears to the unaided eye. Roll mouse over to see labels.
Source: Stellarium.