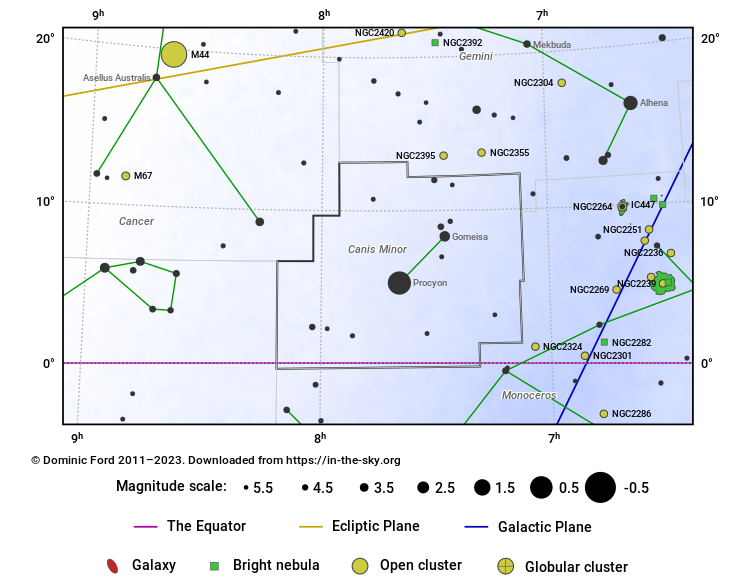 Canis Minor is a small constellation, visible just to the north of the celestial equator in the months around January.

It contains only one prominent object: the eighth brightest star in the whole sky, Procyon.

It is commonly represented as the smaller of two dogs running on either side of Monoceros. Together, the pair follow at the heels of Orion.

The Greek name of the star ‘Procyon’ means ‘before the dog’, and is derived from the fact that it rises earlier than the other dog, Canis Major.

This constellation is among those listed by Ptolemy in the second century, and is almost certainly Babylonian in origin.

Canis Minor does not contain any deep sky objects which are within easy reach of any but the largest amateur telescopes. 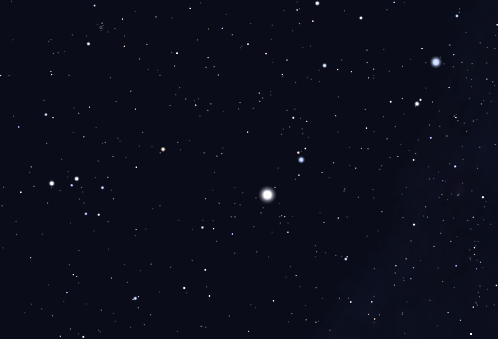 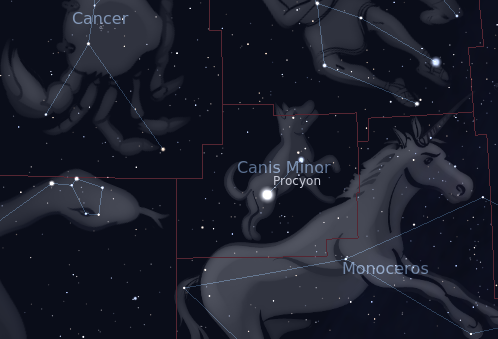 The constellation Canis Minor as it appears to the unaided eye. Roll mouse over to see labels.
Source: Stellarium.