Monoceros is an equatorial constellation, visible in the evening sky in the months around December, immediately to the east of Orion. It is a large but faint area of sky, whose brightest star has a magnitude of only 3.9.

The name ‘Monoceros’ is Latin for unicorn, and was first assigned to this sky area by Petrus Plancius in 1612, on the same star globe in which he added the constellation Camelopardalis, the giraffe.

Despite its lack of bright stars, Monoceros is easy to find due to its proximity to Orion. The Milky Way passes right through the middle of the constellation, and so it is a rich hunting ground for open star clusters. 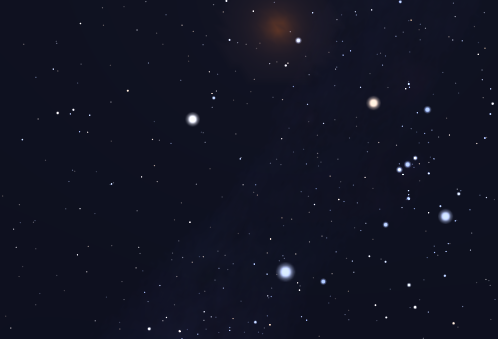 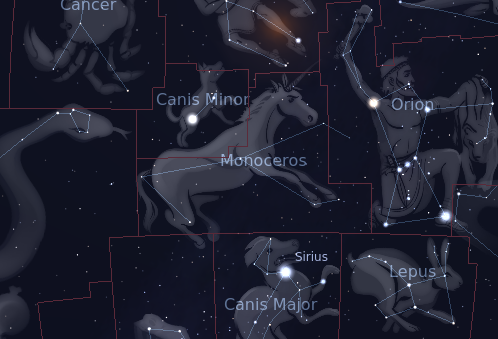 The constellation Monoceros as it appears to the unaided eye. Roll mouse over to see labels.
Source: Stellarium.