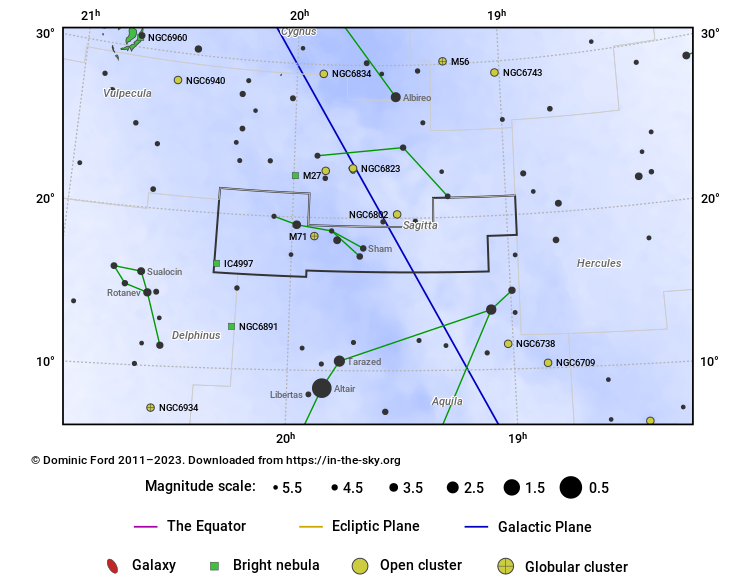 Sagitta is the third smallest of all the constellations, nestling inside the summer triangle, close to the star Altair at the southern tip of the triangle.

The name ‘Sagitta’ is Latin for arrow, and although it is contains no stars brighter than fourth magnitude, it is apparent through binoculars as a line of stars with a feathered tail.

It contains only one deep sky object of note, the seventh-magnitude globular cluster M71.

There is no sign of the archer who shot this arrow, and accounts vary as to which episode of Greek mythology it might represent. According to Eratosthenes, it perhaps represents the arrow which Apollo used to kill the Cyclopes. 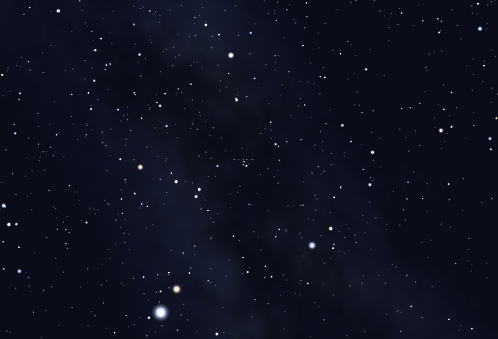 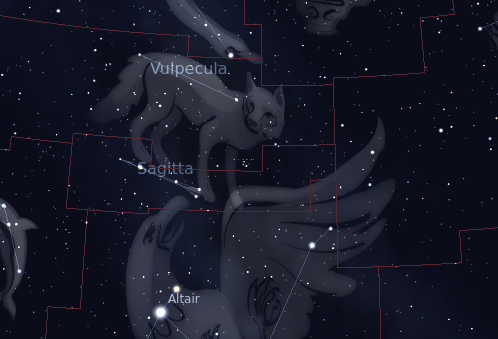 The constellation Sagitta as it appears to the unaided eye. Roll mouse over to see labels.
Source: Stellarium.