Leo Minor is a small and faint constellation in the northern sky, just north of its much larger cousin Leo and near Ursa Major. It culminates at midnight in the February sky.

It was introduced by the Polish astronomer Johannes Hevelius in 1687 and lies in a dark area of sky which was previously part of the constellation Leo.

Leo Minor contains only one star brighter than fourth magnitude, and exceptionally dark skies are needed to make out the triangle shape which marks the lion's body. Sir Patrick Moore described it as having ‘dubious claims to a separate identity’ from Leo.

Lying well away from the plane of the Milky Way, Leo Minor's only deep sky objects are faint galaxies. 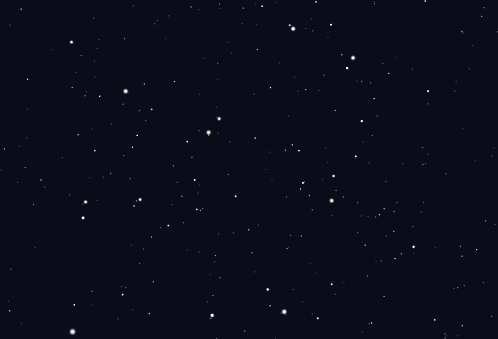 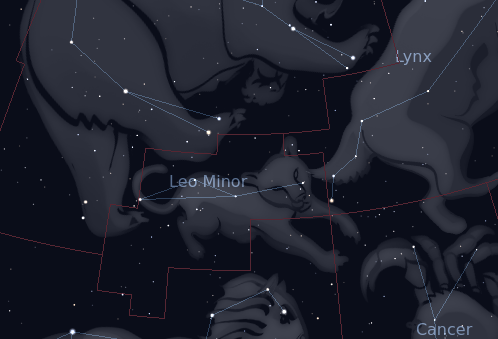 The constellation Leo Minor as it appears to the unaided eye. Roll mouse over to see labels.
Source: Stellarium.